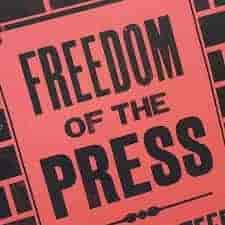 Media men including photojournalists on Wednesday were disallowed from performing their professional duties during the course of encounter between government forces and militants at south Kashmir’s Anantnag town.

In a video doing rounds on social media, photojournalists can be seen arguing with government forces over as to why they are not being allowed to perform their duties.

Editor of The Kashmiriyat, Qazi Shibli who runs the web portal from south Kashmir told The Kashmir Walla that it was unusual for government forces to prevent media men from performing their duties, “The encounter was over yet we were not allowed to go the encounter site,” he said.

Earlier during an early morning encounter two militants belonging to Lashkar-e-Toiba were killed in an encounter between government forces and militants at south Kashmir’s Anantnag town.