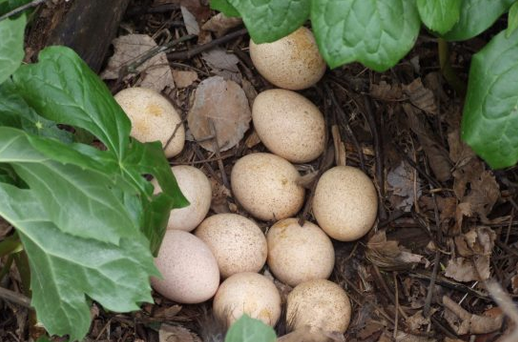 The presence of snakes and eggs have created fear psychosis among people in South Kashmir’s Pulwama district. The mysterious presence of snake eggs have not only baffled people but the officials from Wild Life Department are also clueless.

As per a Current News Service report, locals said that “anaconda snake eggs” were found by people at various villages in agricultural land and orchards including Mitrigam, Sirnu, Muran, Rohmu and Monghama. Showkat Ahmed, a local from Pulwama told CNS that the other day he was in orchard when he found a bag in which anaconda eggs were present. “The bag was sealed with a label. The department of wild life Brazil was written on it,” he said.

But Anaconda don’t lay eggs! However, the boxes had written it over.

As per the report, locals also added that they found a large number of snakes roaming in the orchards. “The presence of snakes in orchards and fields in Pulwama is a rare phenomenon. We never come across any snake in our fields but now we are perplexed and baffled,” they said.

Meanwhile, a team from Wild Life Department visited different villages but said they didn’t find any snake anywhere. “There is nothing new in it. In Kashmir we find snakes at different places but the presence of snakes and eggs is totally new and strange,” said an official. (CNS)