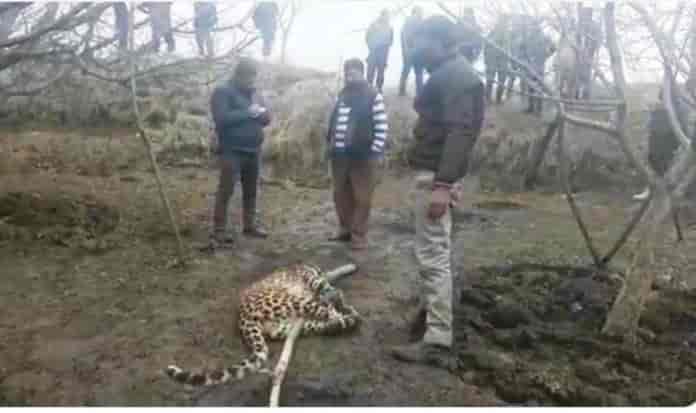 In an advisory, issued by Wildlife Warden north Division Sopore, officials have advised people not to move alone in the forest area.

The advisory reads that children and woman are more vulnerable to leopard and bear attacks, which can be contained if they move in groups or children are accompanied by an elderly person and always move on regular forest paths and avoid short cuts.

“Avoid going to forests for collection of wood etc. in early morning or evening hours, which is the peak activity time for leopards. Do not chase or try to go near to a wild animal if sighted from a distance in the forest areas.”

It reads that livestock taken to pastures inside forests and near crop fields must be attended by three to four persons and any type of bell or sound producing device be put around the neck of few cattle.

It added that people living in vicinity of forests should also complete their outside activities such as social visits, fetching water from streams, grazing cattle, collection of house hold items etc. during day time only.

“Provide sufficient light around your utilities outside your home so that animals do not feel safe in the vicinity. Do not create kitchen dumping around your houses as this invites stray dogs to the spot which in turn invite leopard movement. As dogs is delicacy for these carnivores,” it added.

The advisory further reads that the villagers must regularly remove all bushes or shrubs from the vicinity of houses in cooperative manner. “Such vegetation clearance wall increase visibility and help to keep the leopard away from their houses.”

It added that it has been observed that whenever leopard is sighted, people make a lot of noise which can prove dangerous and as such the wild animal feels insecure and can cause damage. “It is advisable not to make noise, while leopard is sighted.” (KNO)