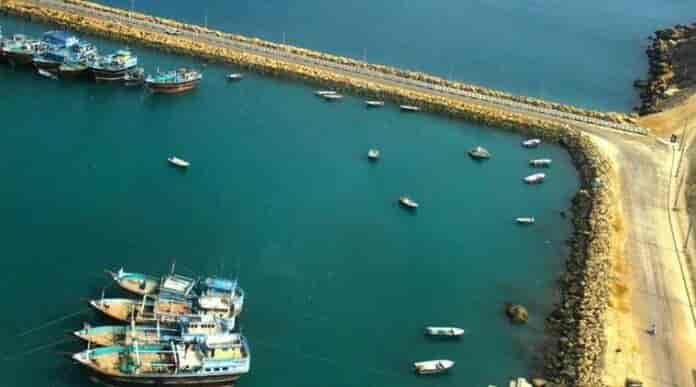 The Iranian government has decided to proceed with the construction on its own, citing delays from the Indian side in funding and starting the project, The Hindu reported.

This comes four years after India and Iran signed an agreement to construct a rail line from Chabahar port to Zahedan, along the border with Afghanistan.

According to the report, last week, Iranian Transport and Urban Development Minister Mohammad Eslami inaugurated the track-laying process for the 628 km Chabahar-Zahedan line, which will be extended to Zaranj across the border in Afghanistan.

Quoting unnamed officials the newspaper reported that the entire project would be completed by March 2022, and that Iranian Railways will proceed without India’s assistance, using approximately $400 million from the Iranian National Development Fund.

The development comes as China finalises a massive 25-year, $400 billion strategic partnership deal with Iran, which could cloud India’s plans.

The railway project, which was being discussed between the Iranian Railways and the state-owned Indian Railways Construction Ltd (IRCON), was meant to be part of India’s commitment to the trilateral agreement between India, Iran and Afghanistan to build an alternate trade route to Afghanistan and Central Asia.

In May 2016, during Prime Minister Narendra Modi’s visit to Tehran to sign the Chabahar agreement with Iranian President Rouhani and Afghanistan President Ghani, IRCON had signed an MoU with the Iranian Rail Ministry.
The MoU was to construct the Chabahar-Zahedan railway as “part of transit and transportation corridor in trilateral agreement between India, Iran and Afghanistan”. IRCON had promised to provide all services, superstructure work and financing for the project (around $1.6 billion).

However, despite several site visits by IRCON engineers, and preparations by Iranian railways, India never began the work, ostensibly due to worries that these could attract U.S. sanctions. The U.S. had provided a sanctions waiver for the Chabahar port and the rail line to Zahedan, but it has been difficult to find equipment suppliers and partners due to worries they could be targeted by the U.S., said officials. India has already “zeroed out” its oil imports from Iran due to U.S. sanctions.

Complicating matters further, Iran and China are close to finalising a 25-year Strategic Partnership which will include Chinese involvement in Chabahar’s duty free zone, an oil refinery nearby, and possibly a larger role in Chabahar port as well.
According to leaked versions of the 18-page “Comprehensive Plan for Cooperation between Iran and China”, being finalised by officials in Tehran and Beijing, the cooperation will extend from investments in infrastructure, manufacturing and upgrading energy and transport facilities, to refurbishing ports, refineries and other installations, and will commit Iranian oil and gas supplies to China during that period.

Iranian officials denied a report that also suggested Chabahar port, where India took, will be leased to China. However, Iran proposed a tie-up between the Chinese-run Pakistani port at Gwadar and Chabahar last year, and has offered interests to China in the Bandar-e-Jask port 350km away from Chabahar, as well as in the Chabahar duty free zone.