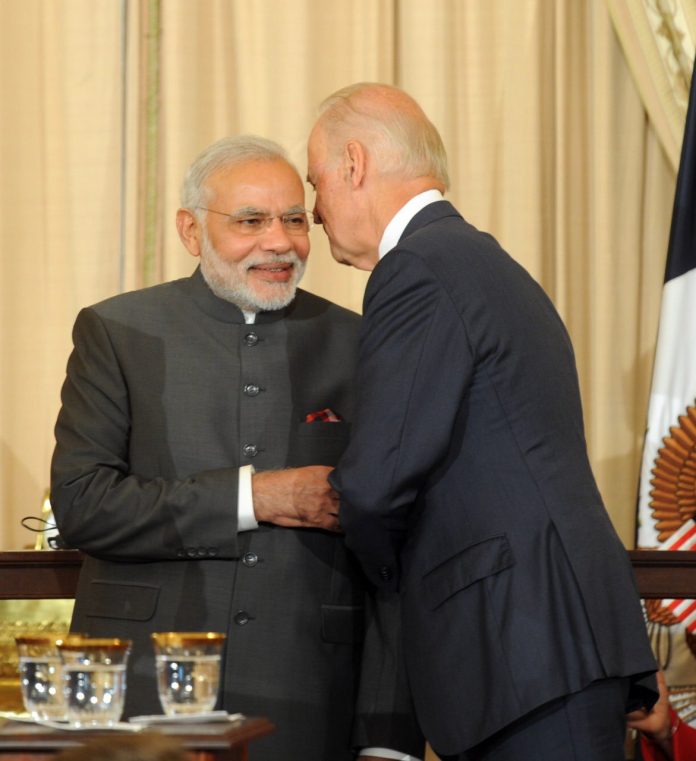 Washington: The US has hoped that India, which is committed to a rules-based international order, will stand by its side in case of a Russian invasion of Ukraine, which as per the Biden administration seems imminent with Moscow adding 7,000 troops to Ukraine’s border in recent days, reported news agency PTI.

State Department Spokesperson Ned Price said on Wednesday that there was a discussion on Russia and Ukraine during the recently concluded Quad ministerial in Melbourne that included foreign ministers from Australia, India, Japan and the United States

He said there was a ?strong consensus? in that meeting that there needs to be a diplomatic and peaceful resolution to the Ukraine crisis?

One of the core tenants of the Quad is to reinforce the rules-based international order. And that is a rules-based order that applies equally in the Indo-Pacific as it does in Europe, as it does anywhere else. We know that our Indian partners are committed to that rules-based international order. There are any number of tenets in that order. One of them is that borders cannot be redrawn by force,” Price said in response to a question

“That, large countries cannot bully small countries. That only the people of a particular country can be in a position to choose their foreign policy, their partnerships, their alliances, their associations. Those are principles that apply equally in the Indo-Pacific as they do in Europe,” he said in an apparent reference to the aggressive behaviour by China against its neighbours, including India

India, the US and several other world powers have been talking about the need to ensure a free, open and thriving Indo-Pacific in the backdrop of China’s rising military manoeuvring in the region

China claims nearly all of the disputed South China Sea, though Taiwan, the Philippines, Brunei, Malaysia and Vietnam all claim parts of it. Beijing has built artificial islands and military installations in the South China Sea

Price said Secretary of State, Antony Blinken and External Affairs Minister S Jaishankar discussed defence issues, but refrained from commenting if there was any discussion on potential actions under the Countering America’s Adversaries Through Sanctions Act (CAATSA). Enacted by the US Congress in 2017, CAATSA provides for punitive actions against any country engaged in transactions with Russian defence and intelligence sectors

“There was a discussion of our broad defence relationship, but I wouldn’t want to characterise it beyond that,” Price said

In October 2018, India had signed a USD 5 billion deal with Russia to buy five units of the S-400 air defence missile systems, despite a warning from the Trump administration that going ahead with the contract may invite US sanctions