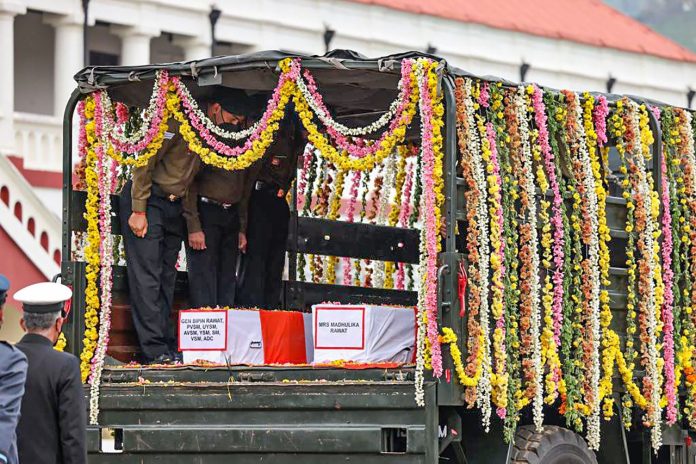 Chennai: One of the ambulances and a police van, part of the convoy carrying the bodies of the Indian Air Force (IAF) chopper crash victims, met with an accident while on the way from Wellington to Sulur in Tamil Nadu, reported news agency IANS.

While the convoy of ambulances and security vehicles were travelling from Wellington to Sulur air base, the axle of a police vehicle broke. The van driver stopped the vehicle and in the process hit a wall on the roadside.

Seven policemen suffered minor injuries and they were shifted to Mettupalayam government hospital.

Some minutes later, one of the ambulances carrying the mortal remains met with a minor accident suffering small damages.

The bodies in the ambulance were shifted to another ambulance and the vehicles proceeded towards Sulur airbase.