After ragging in Law College, principal says unsure about enquiry 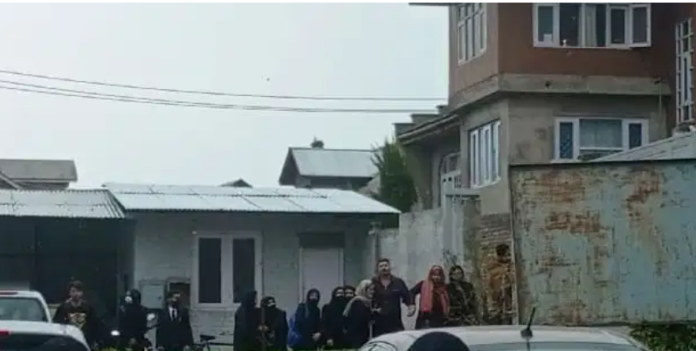 Nearly a week after alleged ragging led to a massive brawl between the students at the Kashmir Law College in Srinagar’s Nowshera, the institute has ordered an enquiry into the controversy but the principal is “unsure about how much time the investigation will take.”

The college was ordered shut for two days in a bid to prevent any escalation of violence between the would-be lawyers. The college’s third semester students have accused their seniors from the eighth semester of continued ragging and indifference of college authorities to the alleged criminal act.

The students have demanded the examination of the CCTV footage at the college but the college’s principal Showkat Hussain told The Kashmir Walla that “we have reserved the CCTV footage” but later turned back on his comments to say that “I don’t know if it is still available.”

The Government of India has criminalised ragging on all educational campuses, punishable by fines of up to ₹50,000 and/or a jail term ranging from six months to ten years besides maintaining a record of the crime.

A senior student falsely accused third semester student Azan Nabi of ragging other students as an excuse to harass him, said Gousia Nabi, Azan’s sister. “He started beating him ruthlessly and tore his clothes,” she said, adding that his eardrum has been damaged.

Gousia alleged that the ragging has been going on since Ahmad joined the college in 2019 but the college administration remained indifferent despite several complaints. “Teachers at the college told us that these things happen as they all are brothers,” she claimed.

Gousia further alleged that the perpetrators had admitted to beating up Ahmad in a meeting with principal Hussain, in his office, but “they tried to assault me and my father and left the office in haste amid banging tables to abuse the female students standing outside.”

Shala Munaza, a third semester student, said that “since we joined the college, they [eight semester seniors] have been harassing juniors. They abuse us and show bad gestures, everything is recorded in CCTV cameras of the college.”

Shala claimed that there was an attempt to physically assault female students and that they were threatened with repeating an acid attack. The incident dates back to 2014, when a 21-year-old woman was attacked with acid by car-borne men near the college. “Do you remember that acid attack was carried in this college, come out we will show you,” Shala accused one of the senior students of having said.

The family of Azaan has registered a complaint against three eighth semester students. Police officials say that they have initiated an investigation but no arrests have been made so far.