After alert in Punjab over Zakir Musa, 3 killed, 15 injured in grenade blast 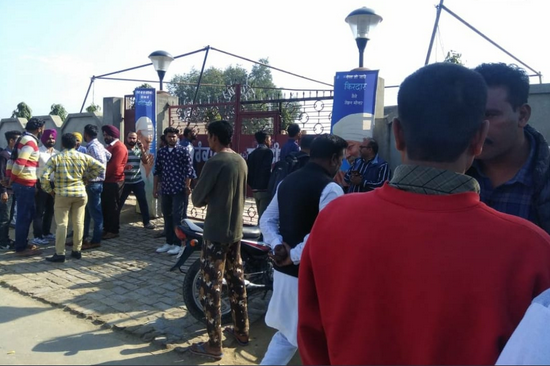 Srinagar: After the news of Zakir Musa’s presence was flooded in entire India from last few days, following the high alert in Punjab issued by the security agencies, a grenade blast took place at Nirankari Bhawan in Amritsar, Punjab on Sunday.

Three people were killed while 15 were reported injured.

The blast took place during a religious gathering, when as per reports two motorcycle-borne masked men threw a grenade in the crowd.

Identities of the deceased are being ascertained. The injured were rushed to a nearby hospital.

“A grenade has been lobbed and 5-10 persons have been injured in the incident,” a senior Punjab police official, who visited the incident spot, he was quoted as saying by The Indian Express.

According to police, 200 people including women were present at the Nirankari Bhawan at the time of blast. Attackers were carrying pistols and is is suspected that around 20 people are injured. Police also said that there were no CCTVs installed at Nirankari Bhawan.

The state was put on alert after four persons snatched a SUV from its driver at gunpoint near Madhopur in Pathankot district last week, added Indian Express.

Earlier on 16 November, the police had released posters of Zakir Musa in Punjab. “We had inputs about his (Zakir Musa’s) movements near Amritsar. So we have released wanted posters of him to make public aware and have requested them to tell us if they have any information,” Gurdaspur police officer Swarandeep Singh had told the NDTV.