Afridi slams Indian media, maintains Kashmiris should get their rights 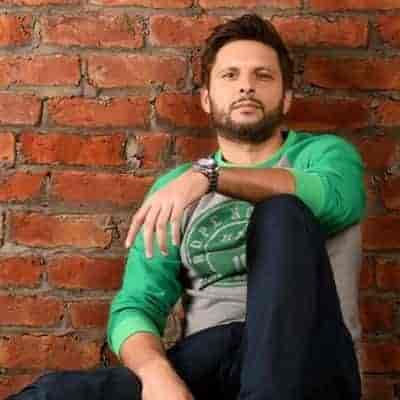 Former Pakistan cricketer Shahid Afridi slammed Indian media after his comments were “misconstrued” by the Indian media and maintained that Kashmiris should get their rights.

Afridi was responding to media reports that had said that the flamboyant cricketer had slammed Pakistan.

While addressing students at British Parliament Afridi had asked India and Pakistan to leave Kashmir “for the sake of humanity” and let Kashmir be independent, “I am saying Pakistan  does not want Kashmir, don’t even give Kashmir to India. Let them be independent. Humanity is big thing. Humans are being killed there (Kashmir). It hurts to see humans being killed irrespective of their religion,” Afridi said.

However Indian media had only used a part of his comments on Kashmir and had accused him of  saying that Pakistan doesn’t deserve Kashmir as it was unable to manage it’s four provinces.

To clear the air around the controversy Afridi took to his Twitter handle and accused the Indian media of misconstruing his comments and that he was passionate about his country, “My comments are being misconstrued by Indian media! I’m passionate about my country and greatly value the struggles of Kashmiris. Humanity must prevail and they should get their rights,” he tweeted.