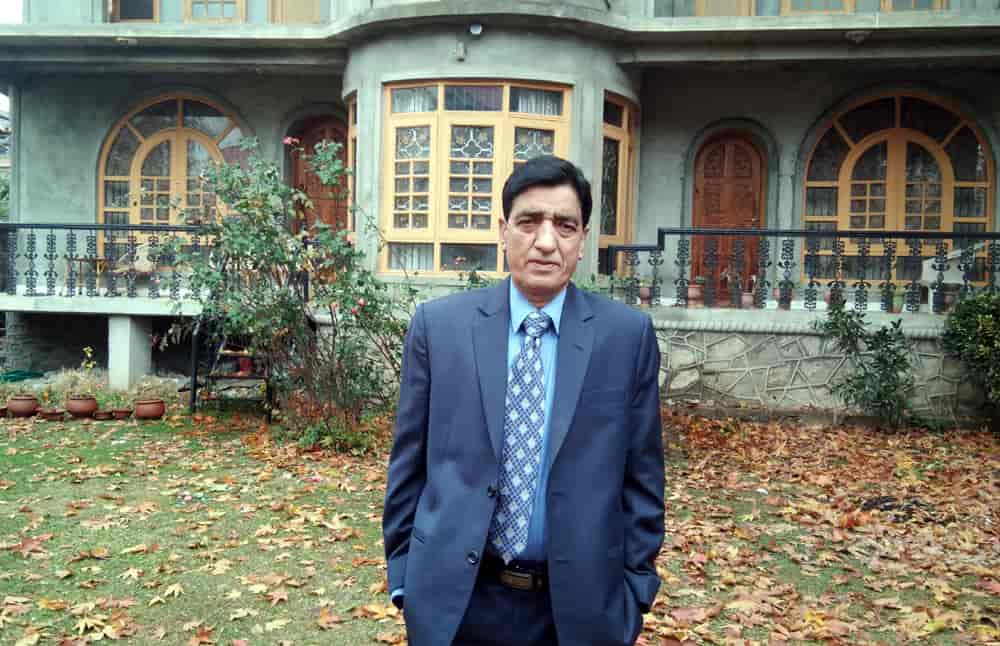 Sitting amidst chaos on a nearly-wrecked wooden bench on the second floor inside Srinagar wing of Jammu and Kashmir High Court (HC), Kousar Jan, 41, hinges to a hope of good news. She has pleaded for the return of her detained husband to Kashmir Valley.

The wounds from a recent gallbladder surgery are yet to heal but the mother of three, Ms. Jan, is determined to bring her 42-year-old husband, Bashir Ahmad Bhat, back. In government clampdown after the Centre stripped the constitutional special status of Jammu and Kashmir (J-K) on 5 August 2019, thousands of men were detained and according to a report by a local human rights body at least 662 individuals were booked under Public Safety Act (PSA), which permits detention up to two years without a judicial trial; Mr. Bhat was one of them.

And Ms. Jan is among 200 pleaders who had rested their faith in Mir Shafqat Hussain, a senior Human Rights lawyer, for justice. Since the 1990s, when Kashmir was struggling with grave human rights violations, such cases were taken up by a recent law-graduate from University of Kashmir, Mr. Hussain, at absolutely no, or very less, fees.

Though, on 13 January, Mr. Hussain lost his life to cancer following brief illness. His death has left hundreds of clients across the Valley in grief and uncertainty. Since his death, what seemed to be closing, Ms. Jan’s plea has been stagnant too.

Mr. Jan’s husband, Mr. Bhat was arrested in November 2018 for his association with banned Jammu Kashmir Liberation Front (JKLF). Though, Ms. Jan claims that he disassociated from JKLF in 1997 and had been living a normal life since then. Following his arrest in 2018, he was booked under PSA – though, quashed in July 2019 by the HC.

Before he was released, August 2019 happened. He was flown out of the Valley again to Agra in Uttar Pradesh, central India, on the same charges.

Walking out of a court room, Wajid Haseeb, a 35-year-old advocate and a part of eight-member team of Mr. Hussain, shatters the hopes of Ms. Jan. “Judge sahib didn’t hear your case for some reasons. Wait on the ground floor, I’ll be there,” he tells Ms. Jan.

Ms. Jan fell silent. She did not want to settle down with this. She stopped another member of Mr. Hussain’s team. He did not say anything else – but the same.

She lifted her feeble body, adjusted her rugged headscarf, and sighed deeply: “May they face the same hardships who sent him [her husband] there [to jail].”

She can surely notice the absence of Mr. Hussain – a man, she believed, who had courage to fight. “In the last hearing, he [Mr. Hussain] argued with a senior judge,” recalls Ms. Jan, “and spoke about my sufferings… his presence was incomparable.”

After Mr. Hussain’s death, Mr. Haseeb has been taking the cases ahead of the “best tutor.” “The client-lawyer relationship has changed since his death,” he says. The people always trusted Mr. Hussain the most, Mr. Haseeb explains, for instance, Ms. Jan would not have worried if the late lawyer had spoken the same words.

“This is the difference,” he says. “Even though we are trying hard to solve their pleas, they had more faith in his work.”

Since Mr. Haseeb joined Mr. Hussain in 2011, he claims to have learned and achieved more than his contemporaries. He is reminded of good times when he was given bigger platforms and cases, where he would deal with Chief Justice.

The team has not been able to quash any PSA since the death of Mr. Hussain. “Some were expected to be quashed but his death has delayed the process,” says Mr. Haseeb. “He was professionally sound and due to his long experience, senior judges would listen to his argument and most of the time it would turn helpful for the clients.”

But at least four people have withdrawn their cases from the firm; the team calls it lack of trust. And Mr. Haseeb is not sure how many of the clients will continue with the firm.

Ghulam Nabi Teli, 55, standing next to Ms. Jan, might withdraw his case from Mr. Hussain’s firm. He had come from Tral village of south Kashmir’s Pulwama district to secure the return of his 35-year-old son, Aijaz Ahmad to Central Jail, Srinagar – currently lodged under PSA in a jail in Agra.

Since August 2019, Mr. Teli has only met his son, father of two children, once. “His health was deteriorating… he was not able to eat properly due to blisters,” he recalls. “I could only see him for an hour. I only requested Shafqat sahib to bring him back to the central jail [Srinagar]. Unfortunately, he didn’t survive long.”

Mr. Teli believes that a senior lawyer’s appearance and way of presenting the case matters a lot. He admits his tiredness of making rounds at the court and wishes only if his son would be shifted to Srinagar. “His sons would regularly ask me about his return,” he says. “And I lie to them every time.”

“Our team is trying its best to retain the clients,” says Mr. Haseeb. If they fail, then it would push Mr. Haseeb, and the team, into guilt. “He [Mr. Hussain] has left behind a legacy that is hard to compete,” he says. “We can carry forward his relationship but not his excellence.”

But Ms. Jan is not changing her lawyer. There are hundreds like her, she says, who cannot afford expenses at the court. “Where would they go now?”

Kaisar Andrabi is a Features Writer at The Kashmir Walla.

The story appeared in our 24 February-1 March 2020 print edition.