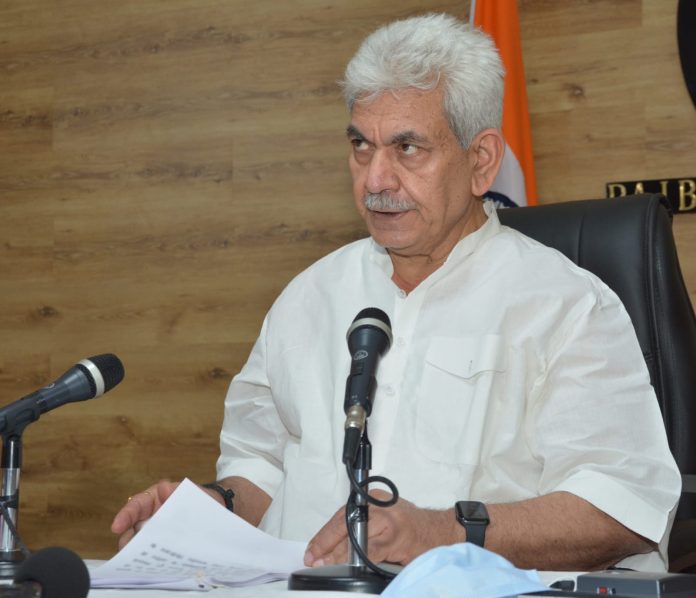 Jammu and Kashmir Lieutenant Governor, Manoj Sinha on Sunday said that administration is making efforts to resume Yatra as soon as possible, as work on restoration of Yatra rout is going on in full swing.

Talking to reporters after visiting Pahalgam base camp, Sinha as per a local news agency, Kashmir News Observer (KNO), said that administration was working on restoration of yatra route so that Amarnath pilgrimage is resumed very soon.

He said that all operations have been completed except the one where some debris was still lying and that too is being cleared, while restoration work on Yatra route was also going on.

“Work on restoring Yatra route is going on in full swing and I hope it will be completed by today only. After completed the work safety check will be done, following which yatra will be resumed,” he said.

LG Sinha also said that he personally met the yatris and he has got positive feedback from them. “We are making arrangements for yatris in full swing and we will try to make better arrangements fro them,” he added. (KNO)