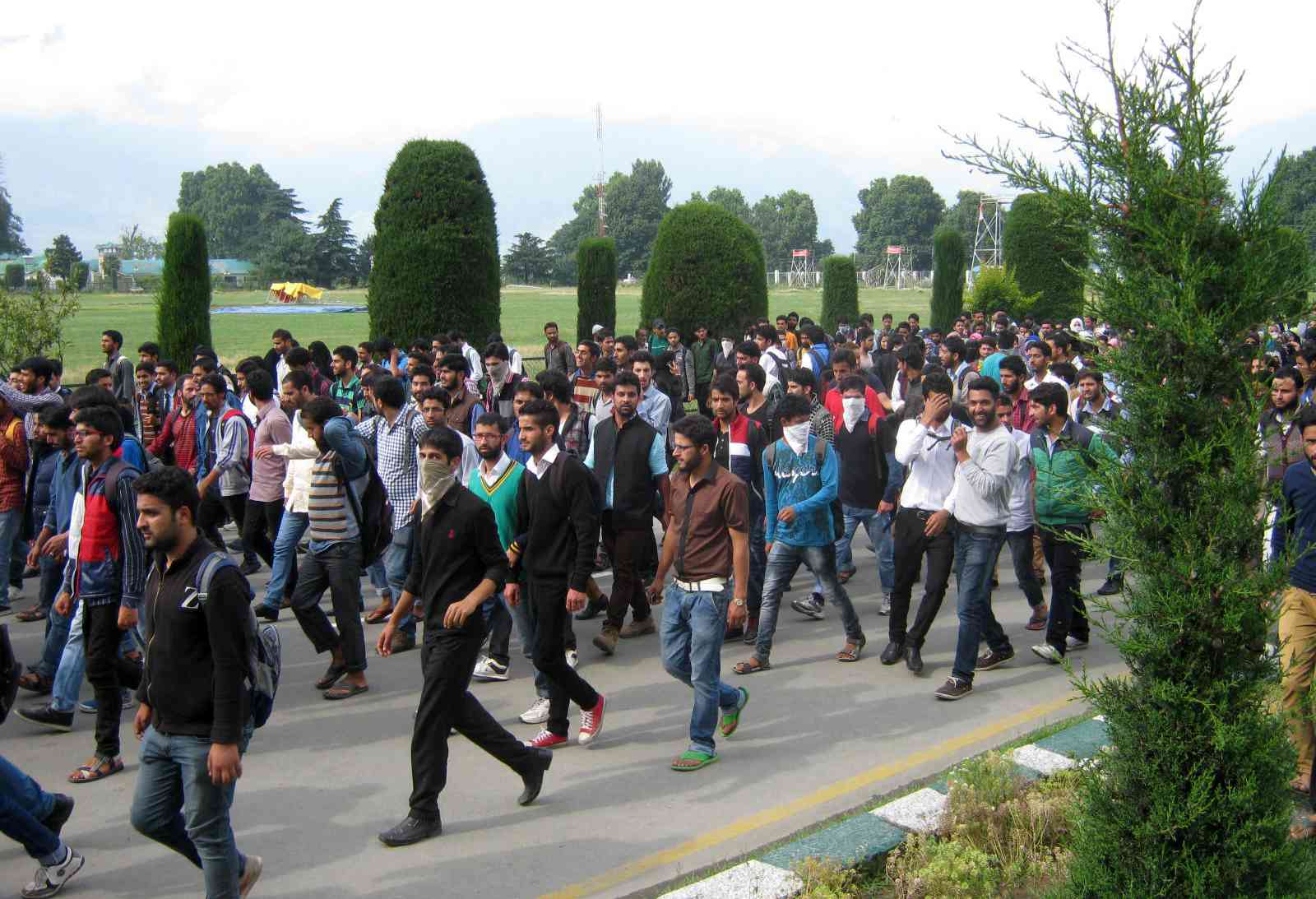 The forcible eviction of students from hostels sparked a protest in Kashmir University on Friday. Amid pro-freedom slogans, the students accused University authorities of harassment and mental torture and said that the authorities as well as police not only thrashed girl students but also dragged them forcibly out from the hostels.

Soon after the violent protest that rocked University on Thursday against the arrest of varsity student Muzamil Farooq Dar, the authorities after suspending class work in the varsity till June 27 had directed all the students to vacate all hostels till Friday 9am. “After overnight threats from KU officials, we were forcibly dragged out from our rooms on Friday morning as we were cattle. They abused, kicked and beat us. Many of us were injured,” a group of aggravated female students told CNS adding that they fail to understand where they will go as their NET exams is going to commence shortly.

The girl students alleged that to appease their bosses, the VC and other KU officials are targeting the students. “This is not the hub of education but a war zone where students are harassed, thrashed, abused and intimidated. The KU officials threatened us of dire consequence if we did not vacate from the hostels. Even they told us they will snap water, electricity and other facilities and will use force if we don’t leave the hostel rooms,” the girl students said wishing not to be named.

Meanwhile, the employees of the Varsity alleged that they were not allowed to offer Friday prayers outside University. “We were forced to offer prayers at University Masjid and those who wished to pray at Hazratbal shrine were asked not to return back after they leave the University,” one of the employees told CNS.