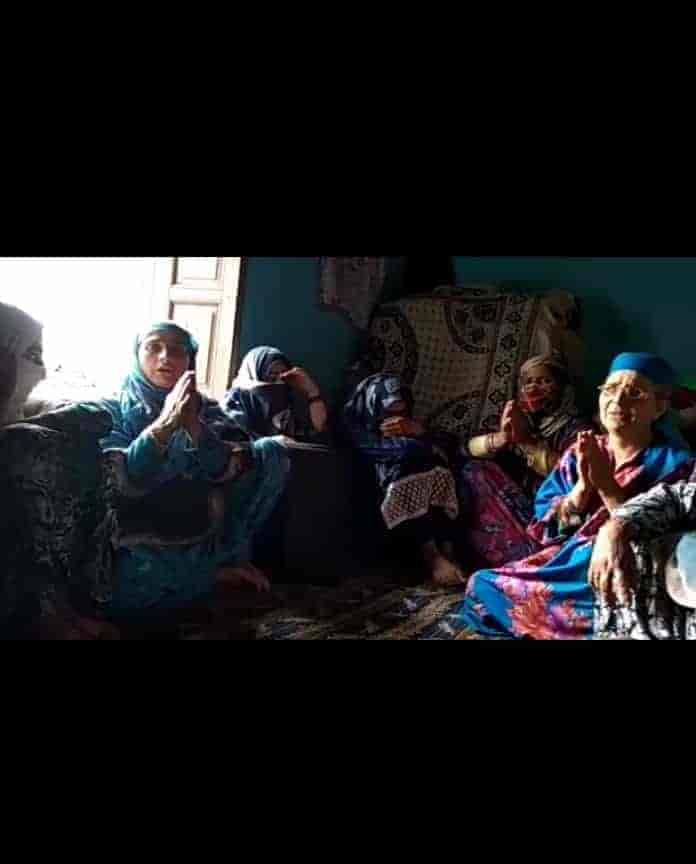 The family of the abducted  Special Police Officer (SPO) of Jammu and Kashmir police  has appealed the militants to forgive their son and allow him to return to his family.

In a 49 second  video that has gone viral on social media, the  mother of the SPO who is surrounded by a group of women  can be seen pleading to the militants to forgive her son,“He is my lone son among three daughters.  We had brought him back to publish a apology and he was going to do the same, and was to declare it this Friday in the mosque. However, he got engaged in some work and didn’t get time.”  She says in the video.

She appealed the militants to have mercy on her son for the sake of God, “I seek your forgiveness on behalf of my son, and he won’t commit any mistake in future. If he has committed any mistake please forgive him,” the SPOs mother says.

Adding that the militants forgive the son for the sake of her three unmarried daughters, “ You are my children, I request you to release him safely, if there is any complaint in the future kill of us then,” she adds.