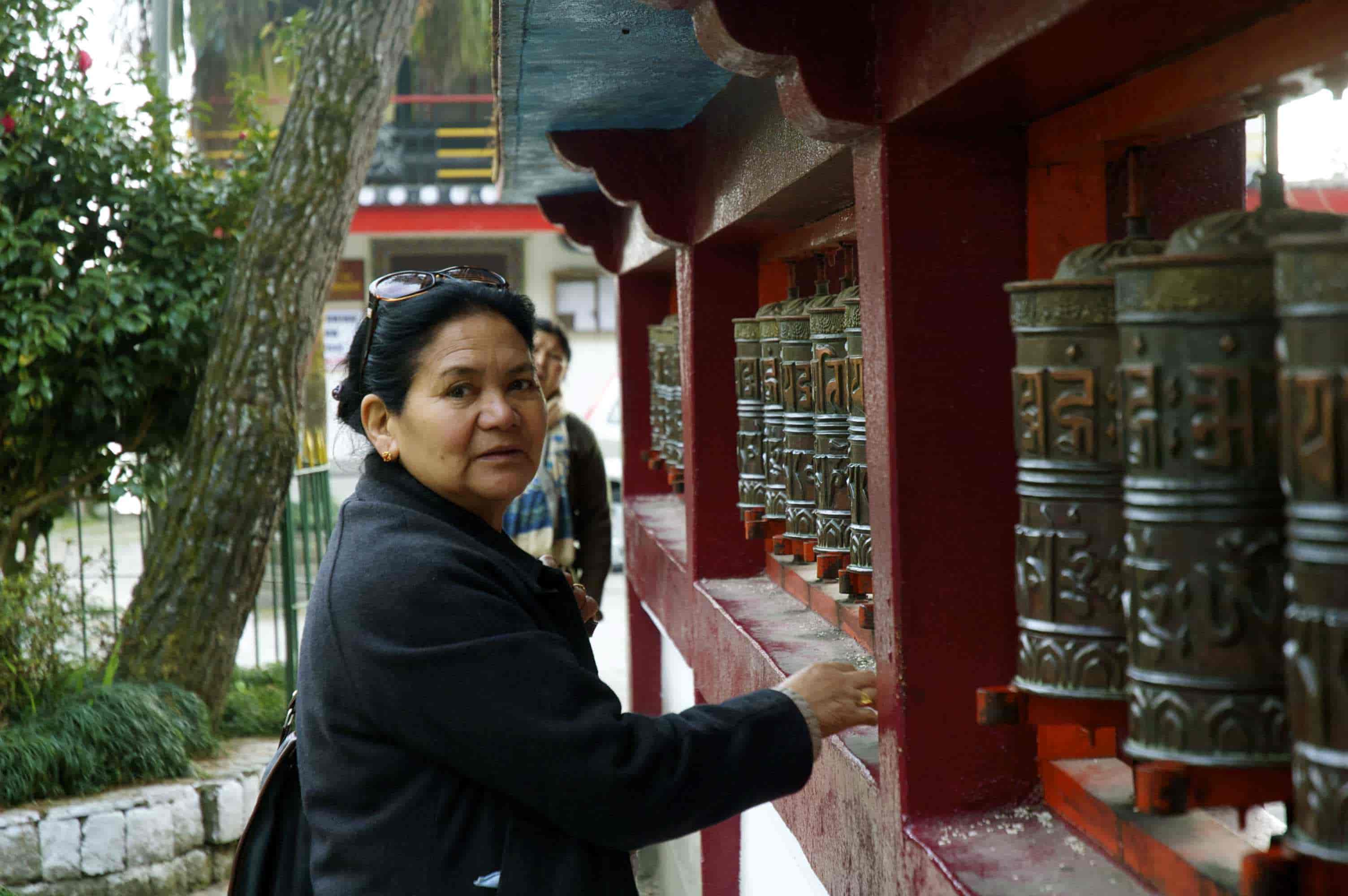 Anne Sweeney’s saying, ‘define success on your own terms, achieve it by your own rules, and build a life you’re proud to live,’ relates very closely to the terms by which Dr. Dolma Tsering lived her life. Her life is a story of what a woman can achieve despite innumerable challenges and against all odds. Tsering served as the first female Chief Medical Officer of Leh ­Ladakh (Jammu and Kashmir’s Norther region) for a period of five years from 2006 to 2011. She came from a remote village and reached the peaks of her aspirations whilst also raising a family. A great example when many wonder if it is perhaps possible to juggle a family and a career, a continued hot topic in the developed world. Imagine then the determination required to achieve this in the developing world, in a remote region. She set an example for many in Leh­ of a woman who despite all the odds in her life achieved what she had set out to achieve. This is her story.

Tsering was born in 1953 in the remote village of Tingmosgang – 96 kilometers away from Leh in Ladakh, to the Zangpopa family. Her father Gurmet Namgyal was practicing Tibetan medicine and her mother a homemaker, Sonam Tsomo. She was the older among her eight brothers and sisters, and being the oldest in the family she was shouldered with a lot of responsibilities which made her mature and responsible at a very young age. Her primary education started in the Government school of Tingmosgang village, as did her high school. Although, she had always aspired to study medicine from a very young age but she could not take up senior studies in science as it was not available in her region.

In her school, she was the topper in the whole of Ladakh district. On recognizing that she had immense potential and determination to work hard her father and his brother Dr. Smanla Phunstogan, Eye Specialist, to whom she gives immense credit for her achievements in life, joined hands and pooled in their finances to continue her education.

In 1968 her solo adventure began when she embarked on her senior education to the Women’s College of Srinagar in Kashmir for further studies. Tsering says, “The move from my native village for further studies was the most difficult for me, as the sudden exposure, and environment in the city was difficult to adapt with.”

Yet as daunting as the move to the city was, there was a language barrier. She had never learnt English properly. “Once my classes started in Srinagar, I would sit in the class and religiously try and pay attention to what the teacher would be teaching without understanding one word of it,” says Tsering. After practicing for months, she eventually learnt to converse and write in English. While reminiscing those days of college, she says, “Those days were the most challenging days of my life, not only because I was on my own for the first time, and learning a foreign language but mainly because I had to study science subjects in Srinagar. Everything was new and I had no choice, I did not want to quit because I knew what I had set out for.”

“For me, learning to read, write and converse in English was only half the battle won, other challenges were financial constraints during the course of my study,” adds Tsering. Since, she belonged to a poor background it was difficult for her to sustain on the money that was sent from home, as the expenses in the city were more.

From 1972 to 1977 Tsering finished her studies in medicine from Govt. Medical College Srinagar. After her one year internship at a hospital in Srinagar she finally passed as a doctor in 1979. She aimed to return to Leh and serve her people.

Her first posting was in her hometown, a triumph return for the village girl, who after finishing studying medicine was exhilarated as she describes in her own words, “I felt that I had succeeded in my aim of not only fulfilling my dreams but that of my parents, and I had achieved the means through which I would serve my people further, which had been the sole objective of  my becoming a doctor.” During the 1970s and even today there is a scarcity of doctors.

About her stint in her village, she says, “There was lack of staff, medicines would not reach the health center for days from Leh. Even the basic provisions for child delivery for the women were not provided. I often had to go on foot with an attendant for home deliveries in my village and also trek a few miles extra to the neighboring villages where I would spend about two days and come back.”

During her services as doctor she worked mainly in the peripheries like Chushot, Tingomsgang, and Nubra, remembering that in the late 70s and 80s, and even today these places bordering Tibet are remote and inaccessible during the colder months. Flights are the only form of access.

During the periods of 1996 to 2003 she served as the District Tuberculosis Officer (DTO) Leh-Ladakh, seeing first hand the effects of this illness on the younger population. From 2005 to ­ 2006 she took up additional charge as the Medical Superintendent of SNM Hospital Leh along with the charge of being the Chief Medical Officer of Leh­.

“For me this was a comparatively stable period in life with my children a little older the worries were less, but on the job front my responsibilities were increasing and demanding now,” says Tsering. Once she, along with a male doctor, Mohammad Iqbal, a pharmacist, a paramedic and staff went a remote area of Lingshed. Stating the hardships during the journey, she says, “After a week long journey there came a point where there were no concrete structures or even thatched structures for halting at night. We had to shelter ourselves under the mountain at night where a lot of bears kept coming and going so we were on our on guard. We were awake the whole night, with the help of a bon-fire and some food. It was a perilous journey.”

“Looking back and knowing where I came from, I feel satisfied that I accomplished what I had set for, but I cannot say that my quest for helping people has been satiated. I still feel that there is a lot a human can do to contribute in some way or the other. It is this factor which has been driving me to do better work even now,” says Tsering. She has now retired from her services in October 2011 as the Chief Medical Officer of Leh-Ladakh. In 2012, she was nominated for Bharat Jyoti Awards.