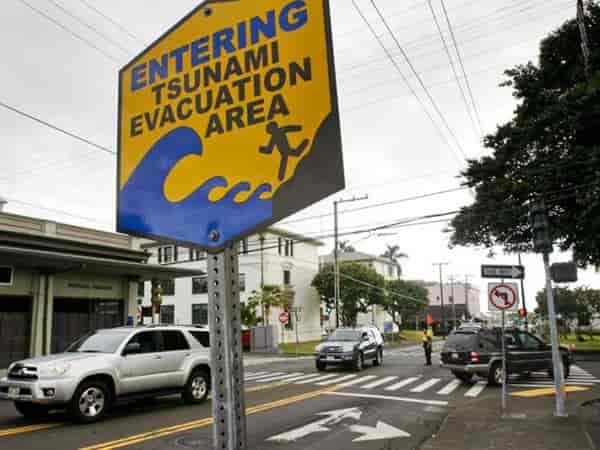 Three quakes of 7.3, 7.4 and 8.1 magnitude struck near New Zealand’s South Pacific islands early Friday, followed by dozens of powerful aftershocks and a slew of tsunami warnings across the Pacific.

As per the report, thousands headed for high ground as waves of up to three metres (11 feet) had been predicted in New Caledonia and Vanuatu, with states and territories from New Zealand to Peru, Russia to Antarctica also put on high alert. In New Zealand, authorities said the entire town of North Island Town of Opotiki, about 4,000 people, had been emptied out.

In New Zealand, where there had been an evacuation order for a swathe of coastal communities, Prime Minister Jacinda Ardern expressed relief. “It’s hard not to feel like our country is having a run of bad luck, when you have an earthquake, a tsunami alert and a pandemic to contend with all in one day,” she said.

There were no reports of major damage and the only immediate impact to human health appeared to be mild dehydration among commuters stuck for hours in heavy traffic on the French island of Tahiti.

The Pacific Tsunami Warning Center told the news agency that the threat had not completely ended — South and Central America could still see modest tsunami waves arriving from 1330 GMT — but many warnings from local authorities were lifted.

Authorities in Australia, New Caledonia, New Zealand, Vanuatu and French Polynesia were among those rescinding or downgrading their initial warnings.