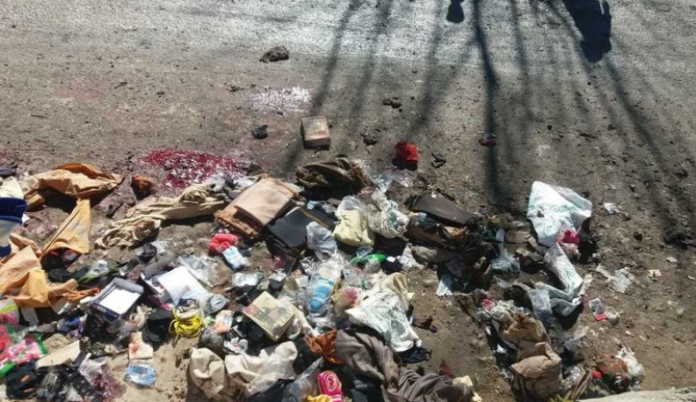 Srinagar: At least 30 people were killed and 40 injured in a powerful bomb blast in a busy market outside a religious seminary in northwest province of Khyber Pakhtunkhwa in Pakistan on Friday, reported Geo News.

At least 30 people were killed while more than 40 others injured, Geo News quoted district administration officials as saying.

No group has claimed responsibility for the blast in Kalaya town, about 60km southwest of the provincial capital Peshawar, a police official was quoted as saying to Al Jazeera.

The area is a remote part of the Orakzai tribal district, which was recently merged with the Khyber Pakhtunkhwa province, after being governed directly by Islamabad for decades.

The blast occurred around the same time as three attackers attempted to storm the Chinese consulate in the southern port city of Karachi in an unrelated incident in which two police officials were killed.

The Karachi attack was claimed by the Baloch Liberation Army, a separatist group of Pakistan.