3 ISJK militants arrested; Were in touch with others, say police 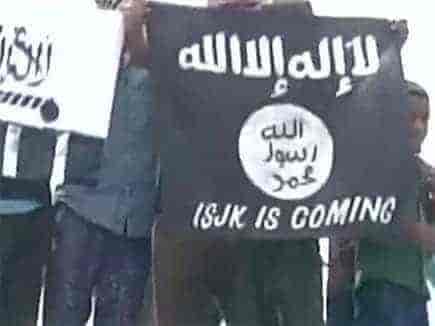 Srinagar: Three militants affiliated with the Islamic State – Jammu and Kashmir (ISJK) were arrested by police in Srinagar on Saturday, police sources said.

During the initial questioning by the police in Srinagar, it has been found that the three are affiliated with the ISJK ideology militants in the Valley and have been active for a few months.

“There was enough literature and technical evidence, confirming their link with the ISJK ideology, recovered from their possession,” a senior police official said. “We also found out that they were in touch with active members of this group, including newly recruited Ehtisham Bilal.”

Bilal’s audio had gone viral on social media, in which he claimed of joining ISJK.

“They were arrested around Tourist Reception Centre in Srinagar, and pistols and grenades were also recovered from their possession,” the official added.

Previous articlePanchayat polls: 75.2% voting recorded in J&K, above 55% in Kashmir division
Next articleEncounter starts in Shopian