After a long Saturday at work, Fareeda Bano, a 35-year-old nurse at Sher-i-Kashmir Institute of Medical Sciences (Medical College), Bemina, whose name has been changed, headed home. On the bus ride back, although exhausted to the hilt, she had no complaints; she knew well what the pandemic demanded of her profession.

Upon reaching, she quickly changed out of her uniform and was cleaning up when she received a call from her hospital administration. A voice dutifully informed her that a patient whose blood samples she had taken earlier that day for a malaria test had instead shown symptoms for COVID-19. “Be cautious,” the line hung up.

Thank god, was her immediate thought. She had gone straight to her room without meeting her 6-year-old daughter or husband.

It was 21 March; at 9.15 a.m, Ms. Bano was on duty at the emergency ward when she was called to collect blood samples of a patient suspected with malaria. Little did she know, her patient was already a suspected carrier of a more notorious virus, the COVID-19.

“The attendant who called me, a paramedic himself, claimed to have done away with all other formalities,” said the nurse, who hails from Sopore town, Kashmir.

The patient, in his 70s, looked “perfectly normal.” Ms. Bano came in direct contact with him without wearing any mandatory Personal Protective Equipment (PPE) which, according to her, was not provided to them.

“I was only wearing a mask while collecting the blood sample as the hospital administration, at the time, lacked proper protective gear,” she said.

By then, the authorities claimed to have traced the travel history of more than 2,000 people in the Valley and provided adequate PPE, the ground reality, however, tells a different tale. It is the Valley’s health workers who are at the greatest risk, for they deal with COVID-19 patients, day in and day out—armourless and often, unaware.

A doctor went through my history with the patient and then asked me to self-quarantine at home. There were no examinations or tests done further.

Every health worker is aware, however, of the Standard Operation Procedures (SOPs) during the pandemic, such as thermal scanning at all entry and exit points and restricted entry to people with respiratory illnesses and immunodeficiencies. But in the Valley, this is all merely talk. Owing to the lack of proper health infrastructure, the implementation of SOPs falls dangerously flat.

“We weren’t briefed about the SOPs,” said Ms. Bano. The only instructions given to them were “to be careful” and “avoid unnecessary contact.”

After a mere two-day break, the phone rang once again; Ms. Bano was asked to report to the hospital. When she arrived, all hell had broken loose, for the patient had tested positive—not for malaria—but for COIVD-19.

Meanwhile, inside SKIMS MC, precautionary measures like fumigation and sanitization were already on the go. While the rest of the medical staff had tested negative for the virus, Ms. Bano and three others who came in contact with the patient were asked to report to the hospital administration.

“A doctor went through my history with the patient and then asked me to self-quarantine at home. There were no examinations or tests done further,” she said. She was only asked to inform the hospital authorities “whenever” she developed fever or chest pain during her quarantine period.

That evening, she once again travelled nearly forty-five kilometers back home, in a bus—this time, provided by the hospital—with twenty more people inside.

“Despite the fact that I was a prime suspect of contracting the virus, twenty other paramedic staff were asked to travel alongside me,” she said. Even as she sat alone in a seat farthest from everyone, she was anxious all throughout the ride.

During her quarantine period at home, she was continuously in touch with the hospital authorities, asking them what she must do further—only to receive hazy responses from the other end.

Locked up in her room for days on end, she took solace in her prayers and read Islamic literature. She’d make phone calls to her husband who would then bring her meals and leave it at her doorstep.

Though Ms. Bano remained asymptomatic, her daughter was sent to a relative’s place. After two weeks of quarantine, she enquired to the hospital if she must undergo any test, to which she was asked to remain in quarantine for fifteen more days.

That came as a last straw; she decided to test herself. Though, private laboratories were not an option and she had to go to a government testing centre. “In the end, a doctor helped me arrange a vehicle. On 6 April, I deposited my sample at the testing centre in District Hospital [DH] Baramulla,” she said.

Later that day, her reports read her positive.

Ms. Bano, part of the frontline in the global battle against the pandemic, was the first health worker in the Valley to be tested positive for COVID-19.

She was immediately taken into one of the nineteen quarantine centres under District Hospital, Baramulla, and her family was informed over the phone which, in the days to come, would serve as their only link of hope. Across the line, they’d utter countless words of encouragement and whisper prayers.

“The initial days were really hard. I never stepped out and longed to see the world outside,” said Ms. Bano, who was put in a separate room at the hospital. Luckily, she remained asymptomatic through most of her treatment.

One can say, the protection was low in her [nurse’s] case, but even if we keep it high, those at the frontline are still at risk. Hundreds of doctors have died as well, so it is a case of professional hazard.

Back in Bemina, at SKIMS MC, Medical Superintendent Dr. Shafa Deva insisted that they have “taken care of everything.” She stated that all the possible people the nurse might have come in contact with were traced out and tested—the reports of which are negative.

When questioned on PPE for the medical staff, Dr. Deva was quick to respond, “We have PPE; the nurse might not have worn proper gear on her duty. Moreover, we fumigate COVID-19 ambulances and hospital premises twice a day. The drivers, too, are provided with PPE.”

Medical Superintendent, Dr. Syed Masood, of District Hospital, Baramulla, too, maintained that all the sixty COVID-19 patients including Ms. Bano were properly cared for at the quarantine centers. “Everything from food to timely cleansing is thoroughly monitored,” he assured.

On the ‘positive’ side

Ms. Bano had a differing account to share. “We shared a common washroom; there was no proper heating or lighting facility,” she said. “It is advised to drink boiled water during the pandemic but unfortunately, we didn’t have that kind of luxury.”

And Ms. Bano is not the only patient to allege lack of facilities in the quarantine centres. On 31 March, a video surfaced on social media, in which a patient at a quarantine centre in Chest and Diseases Hospital (CDH), Dalgate, recorded himself complaining about dirty washrooms and unavailability of clean drinking water. It was only then that the administration took notice and did the needful.

Meanwhile, over fifty health workers have been quarantined since the virus hit the Valley in March. As of April, seven paramedics, alongside Ms. Bano, have tested positive in Jammu and Kashmir.

At Jammu’s Government Medical College (GMC), a microbiologist who was in-charge of collecting samples tested positive in the third week of March. Later, three of his family members also tested positive for the virus. On 21 April, a 40-year-old doctor at GMC, Baramulla, was tested positive and continued to attend to hundreds of patients before his reports arrived.

Evidently, medical workers are falling short and the health administration is stooping under the burden. Records by GMC Srinagar indicate that hospitals in the Valley currently run with only 800 nurses against a sanctioned strength of 3,000 to 4,000. Of the 800 nurses, only 500 are permanent staff while the rest work on contractual basis.

Commenting on Ms. Bano’s case and other such instances, President of Doctors Association of Kashmir, Dr. Suhail Naik, however, dismissed them as “quite unfortunate.”

“One can say, the protection was low in her [nurse’s] case, but even if we keep it high, those at the frontline are still at risk,” he stated. “Hundreds of doctors have died as well, so it is a case of professional hazard.”

Although, according to him, he has been demanding the authorities for “risk allowances for all medical workers at the front, besides their monthly salary.”

Dr. Naik further assured that ventilators, PPE, and N-95 masks are coming in “decent numbers”, and the bed strength at hospitals is being upgraded. “The clampdown,” he noted, “has allowed the government to respond properly. So, we are stable.”

Apart from mandatory PPE that includes gowns, medical masks, gloves, eye-protection goggles and face-shields, the WHO (World Health Organisation) recommends “psychosocial support and psychological first aid” for all health workers. Here in the Valley, the bare minimum is compromised.

Speaking to The Kashmir Walla, Dr. Saima Rashid, the principal of GMC Srinagar, said, “The doctors are facing a war. On top of that, we are having to put up with rude behavior from people. Patients often fight or disobey. A colleague of mine told me he was beaten by a patient at the CDH, Dalgate.”

Back in Baramulla, from her isolation ward, Ms. Bano said over the phone, “Thankfully, I am recovering and responding well to treatment. Currently, I am asymptomatic. I myself monitor my temperature regularly.”

Her patient, however, was not so lucky and succumbed on 26 March. He had travelled to Delhi, Jammu, and Sopore and is believed to have infected scores of people.

Ms. Bano appealed to everyone to stay indoors and practice social distancing. “You might take it lightly today, but trust me, those who neglected precautions and tested positive are now cursing themselves,” she warned.

After striking out eighteen days at the quarantine centre, she was finally discharged on 23 April. She views her twenty years in the medical profession as a service to humanity. Sighing wearily, she said, “Allah will reward me someday.”

While she was grateful to have recovered and hoped to continue her service, she said at last, “The hardest part of the recovery is the loneliness and having to fight without your family by your side. I don’t want to remember those days. It was a tough pill to swallow.”

The author is a Kashmir-based freelance journalist. 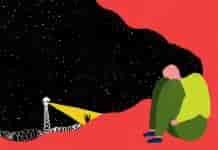