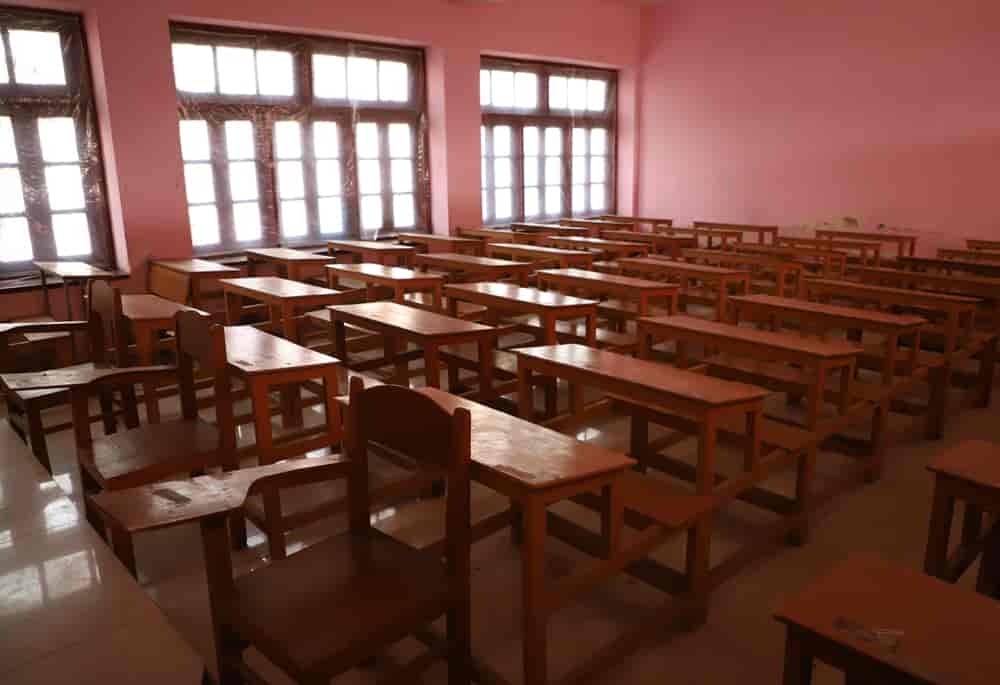 Confined inside her home in Baramulla, north Kashmir, Durdana Masoodi, 21, has struggled a lot to join her classmates in online classes on Zoom, a video-conferencing application. Now, she has given up.

Two weeks ago, when Ms. Masoodi was in the cafeteria of Miranda House, where she is pursuing bachelors in Political Science, she got a notice to evacuate the hostel by 20 March. The novel coronavirus had started spreading in India and the educational institutes were shutting down. Only exceptional cases, Ms. Masoodi says the notice stated, would be allowed to stay.

The next day, she reached Jammu by bus with her Kashmiri friends. “Then I got a message informing that the university will be starting online classes on Zoom,” says the 21-year-old. “The first thing that struck me was 2G [internet connectivity]. How am I going to do it?”

Going back or regretting leaving Delhi was not a call; priority was sorted: “life.”

After multiple attempts, Ms. Masoodi was able to download the application on her smartphone; by now, she was clear that attending a class was a far-fetched dream. She tried for a couple of days and – as the last resort – she reached out to her professor with the problem. “He understood my problem and agreed to send notes in media files,” she says.

Problem solved? No, she says, that would be missing the whole point. “It feels very bad that I cannot attend the class like the rest of my mates,” says Ms. Masoodi. “My classmates are privileged as the internet comes easy for them. But I have to go through a lot of issues and I’m suffering.” Also, the notes on the internet aren’t easy to download either. If the file size is over a megabyte, it would take an hour of her.

When the government clamped down on communication in August 2019, the spell ended up being the longest internet blackout in the history of any democratic country. Despite repeated requests and appeals from various sections of the society, and the rest of the world, the administration has not restored the high-speed internet connection in Kashmir.

After getting good grades in high school, Ms. Masoodi went to New Delhi for exposure to the outside world and better education facilities. “Here, we have local potential but the political circumstances hold us back,” she says.

However, here the idea of privilege is layered. Every academic year, after completing high-school, thousands of students seek higher education outside the Valley for different reasons; major being the regional uncertain political situation.

When Ms. Masoodi moved outside Kashmir, her batchmate who is also her maternal cousin, Durdana Rafiqi stayed. And it made all the difference.

Since the imposition of the novel lockdown, Ms. Rafiqi has voluntarily blocked her movement outside her home in Kothi Bagh, Srinagar, in fear of the virus. But since the August clampdown, she says, she is on a mental blockade – wherein she cannot properly do anything.

“My education and learning is at a halt for several months; [August] lockdown, winter-break, virus lockdown,” she says.

In 2019, she enrolled in an English Literature course at the Government College for Women, Srinagar. However, when all educational institutes shut and the communication lines snapped during the clampdown, she couldn’t contact her classmates and professors for months. She neither had the internet as an alternative resort to learn.

Then she wondered how she would write on her own what William Shakespeare meant. This winter, she sat for her fourth-semester exam, “after learning five months of the semester in a couple of weeks.”

“What Indian authorities do here, I can’t think of living here – leave studying here apart,” she says. “Though, at the same time, I want to stay close to my parents.” But lately, she has been thinking of the future consequences of these long halts on her studies.

If she misses out details today, she says, she will suffer tomorrow. “It feels like it’ll end but it only gets worse with time.”

While the universities outside Kashmir, like her cousin Ms. Masoodi’s, have started online classes to make sure students don’t miss out on their studies during the lockdown – Ms. Rafiqi sits idle. Her college, she says, wanted to start something similar but the restrictions on high-speed internet unable them.

“See, I feel good for her [Ms. Masoodi] that she, and other students outside Kashmir, can study in lockdown as well,” she says. “But disturbing is that she will write examinations after learning and I’ll write them without learning.”

She has been frustrated with 2G internet connectivity and prefers not to use it anymore. “For any reason, if the authorities cannot restore internet – that’s fine. But they should accept that we are suffering. Their denial makes it more problematic.”

Ms. Rafiqi looks at Kashmir as a balloon and asks the government to look at it the same way. “If you keep pumping it with air then it won’t expand after a limit,” she says. “It will burst and you shall be ready.”

The cousins were long divided after choosing different paths. However, limping 2G internet united them again – in their woes.