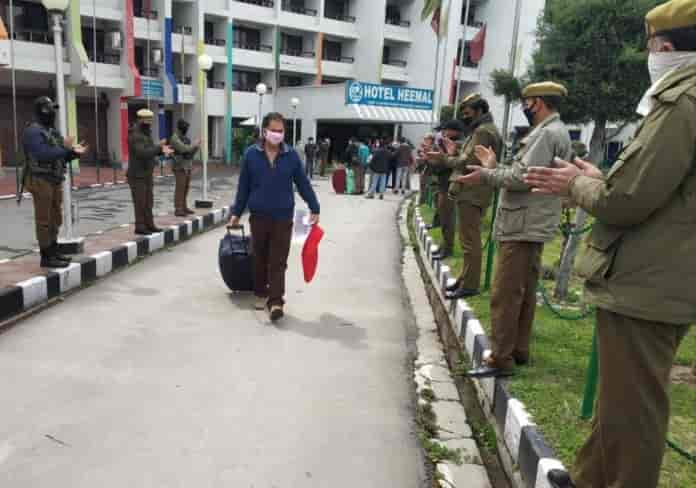 Srinagar: At least 78 people who had returned from Leh and were put under quarantine were allowed to go home after completing the quarantine period.

Additional Deputy Commissioner (ADC) Srinagar Syed Haneef Balkhi , who is also quarantine in-Charge that 78 people who belonged to various parts of Kashmir like Kupwara, Baramulla, Anantnag, Pulwama and a few from Chanapora and Nishat  who came from Leh in a flight and were put under quarantine were allowed to go home after completing mandatory quarantine period.

Also Read: Quarantine in Kashmir: From airport hustle to a hotel room

He said it was the first batch of “successful quarantine” who completed their 14 day period in one of the best hotel in Srinagar. “All of them are in good health and were cheerful,” he said. He said that they have set the example for others who should also cooperate and follow suit. (KNO)