With an economy that predominantly sustains on agriculture and allied activities – as per the government’s estimate, nearly 80 per cent of the population – Kashmir has managed to survive repeatedly orchestrated political lockdowns. And just when the Valley had been inching towards economic revival after the seven-month long clampdown after August 2019, when the Central government stripped the erstwhile state’s Constitutionally granted special status, the unprecedented global situation of our lifetime brought all efforts to an unforeseen halt.

Coronavirus has pervaded the world to the extent of not only claiming thousands of lives, but of locking down 3 billion people across the globe to contain further spread of the pandemic.

Kashmir’s main trade body, Kashmir Chamber of Commerce and Industries, assessed the losses due to the clampdown till December 2019 to be about 2.4 billion US dollars (i.e. 17.97 thousand crore rupees).

However, the clampdown wasn’t exclusive as such; Kashmir has survived the political stirs, which are etched in the contemporary history of the region and also in the collective public psyche: the civil uprisings of 2008, 2010, 2016, and even the devastating floods of 2014 – the worst since historical times – failed to incapacitate Kashmir from sustaining economically.

But, unlike the situations before, the novel crisis by coronavirus has put a worrisome question mark on the very scope of Kashmir’s economic sustainability.

Talking to The Kashmir Walla, Haseeb Drabu, an economist and former Finance Minister of the erstwhile state of Jammu and Kashmir (J-K), explains that what has kept the economy of Kashmir afloat is the fact that markets for Kashmiri products and produce are outside the region. Hence, the scope of sustaining the economy’s pulse always prevailed.

Kashmir continues to do its bit — weaving shawls and carpets, harvesting fruits and saffron — the bigger question rearing its head for the first time is: who will buy them when the world is locked down?

But as the world locks down and states freeze borders, this hitherto relied upon hope for sustainability is increasingly diminished, and we may expect “loss of production”. During previous lockdowns, the markets were still open, only accessibility was hampered – as in the August clampdown, wherein the communication blackout majorly impacted the export-oriented economy. But with this lockdown, even markets are shut. “The two lockdowns cannot be compared,” opines Mr. Drabu, “we have a globalised situation here with localised impact.”

The concurrent pandemic has significantly affected global economies, but that of Kashmir tells a tale of worsened woes — with already mounting unemployment and reduced income, the immobilised migrant labour lying in disuse, the services sector stands greatly affected, especially the private and informal sectors.

The state of growth was such that in 2018-19, J-K registered 11.7 per cent growth in its GSDP which grew to Rs. 1.57 lakh crore (advance estimates), according to the state government’s data. The Economic Survey of J-K revealed that the state spent only 0.9 per cent of its GSDP on industries, and the state’s manufacturing activity remained confined to agricultural products and handicrafts.

Dr. Nisar Ali, Professor of Economics at the University of Kashmir, is of the view that the synchronised lockdowns of the months have caused a massive impact on Kashmir’s economy.

Dr. Ali calls the Central government’s August 2019 decision “unwarranted” and adds that the contentious “Article had nothing in it except fodder for politics”.

“From the point of view of the economy, this Article [370] was immaterial,” Dr. Ali emphasises, “that Article 370 had nothing to do with development; and that in terms of security as well, the Article was impertinent.”

One of the fundamental reasons presented by the Central government for the dilution of Article 370 was to open up more channels for development by enhancing the scope of industries. But given that the private sector in the region lies in doldrums and start-ups are still largely in a pre-take off stage, the means to enhance the scope of industrial development ought to have been in terms of specific policy interventions.

Dr. Ali asserts that it is not the resilience of Kashmir’s economy but the ability to sustain itself in the hardest of circumstances that has kept it alive. Reasons? “The youth engaged outside for gainful economic pursuit, predominantly in Gulf and elsewhere, yield remittances; a sizable number of people [about 4.5 lakh] are employed in the government sector and their stable incomes are significant to the economy; the practice of different traditional crafts carry on irrespective of circumstances as it is done mostly out of homes of people.”

Owing to this combination of reasons, Kashmir has successfully sustained itself in the hardest times but the resilience of the economy is a feature that needs to be developed once the state gets working more and better in tandem with the existing methods of economic survival.

In the times when global economies are struggling to cope and are still calculating the impact and losses by the coronavirus lockdown, Dr. Ali explains that it is incorrect to compare those big economies with that of Kashmir. Of course, Kashmir is bound to suffer further as trade and tourism will inevitably take a hit, but the fears of global economies are heading towards a situation similar to The Great Depression of the 1930s – when worldwide GDP fell by 15 per cent.

From a local perspective, the Central government’s policy to first safeguard lives, and subsequently livelihoods, is the first step towards mitigating the impact of the global crisis.

Dr. Ali explains that if the situation of lockdown is expected to be for as long as May, then the economy may open by early June 2019. If that happens, certainly, the first quarter has been adversely affected but the subsequent quarters could pick up from bail-out packages.

Talking of poor state of health infrastructure – “a historical fact in Kashmir”, Mr. Drabu, too, believes that the immediate concern now is to figure out a way to alleviate the situation and to protect lives and livelihoods.

Mr. Drabu has a simple take on it: to reallocate the funds of the MGNREGA budget and address the concern of livelihoods of several of those affected due to lockdown.

Dr. Ali maintains that in order to restore J-K’s economy, massive public investments in critical sectors such as power, infrastructure, and tourism will be decisive, but any substantial venture in this direction is yet to be seen.

Whilst, Kashmir continues to do its bit — weaving shawls and carpets, harvesting fruits and saffron — the bigger question rearing its head for the first time is: who will buy them when the world is locked down? 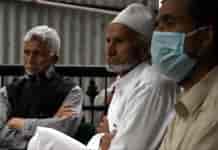 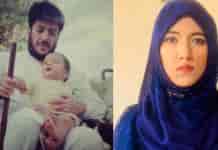 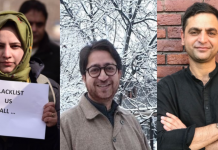