After months-long internet blackout in Kashmir Valley, the 2G mobile internet services will be restored from Friday midnight, an official order from Home Department of Jammu and Kashmir Administration said.

According to a notification, access to the internet with 2G speed on mobile phones will resume from 25 January. 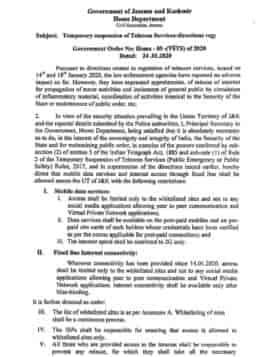 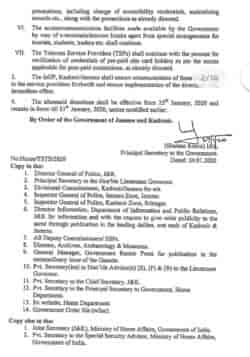 Internet and mobile connectivity was snapped on 5 August 2019, after the centre announced abrogation of Article 370 of the Constitution applicable to the erstwhile state and also bifurcated it into two union territories – Ladakh, and Jammu and Kashmir.

However, access shall be limited only on whitelisted sites and social media applications will continue to remain out of bounds for the Valley’s residents, it said.

Data services shall be available on post-paid as well as pre-paid sim cards.

The restoration of the 2G internet facility on mobile phones will continue till 31 January after which it would be reviewed further, the order said.