Eighty-five days past the abrogation of the article 370 and article 35-A of the constitution – Kashmir Valley stays silent, and the unorganised civil disobedience continues to run in pieces and parts of the Valley.

With the economy on halt and movement of currency visibly blocked, the big and small time traders and businessman from the Valley are suffering the consequences on face.

Via front page and radio advertisements the government of Jammu and Kashmir (J-K) tells the benefit of the abrogation of the said articles – a few among them being easing up trading, and inviting more influx of money in the Valley through different modes such as by boosting tourism and horticulture industry, and introducing Multi-National Companies (MNCs).

The Kashmir Walla spoke to traders in Kashmir Valley – asking what the scopes of easiness in trading are.

Sitting inside his home in Aglar area of Pulwama district, south Kashmir, surrounded by vast apple orchards, Manzoor Ahmad Dar, 51, is procrastinating the future of trade in Kashmir. He has been growing and trading apples for the last 13 years.

This year, due to communication gag, restrictions, and a handful of killings of traders and transporters, the apple industry worth rupees 8,000-9,000 crore – despite the attempts of appeasement by government in the face of Market Intervention Scheme (MIS) – has suffered the loss.

Mr. Dar also suffered a personal loss of about 10 lakh rupees this season. Talking of the status of trade, he said, “When people aren’t able to feed their families, how can there be an economic growth?”

However, it is not just the horticulture sector that is hit by the clampdown, but about every other sector of Kashmir’s economical space. The central government’s idea of a “New Kashmir” – seems, as of now, irrelevant for the common people from the economically and political prism.

The Kashmir Chamber of Commerce and Industry, as per a report by BBC on 8 October, estimated the loss during the shutdown at 9,800 crore rupees.

The go-to-destination of Srinagar – the boulevard, near Dal Lake, has just running traffic, by passing columns of empty shikaras, houseboats, cafés, and hotels. On 11 October, the government withdrew the advisory – that was issued on 2 August, asking tourists to “return as soon as possible” – and invited tourists to visit the Valley, again.

The National General Secretary of BJP, Ram Madhav, and Prime Minister Narendra Modi endorsed this idea – aiming to revive the tourism sector. “The tourists desirous of undertaking a visit to the state shall be provided all the necessary assistance and logistical support,” the order said.

Though, it ripe no fruits as of now for the hotels like Imperial and Lake View in Srinagar. Its manager, Mudasir Ahmad Sheikh, 37, is sitting idle on the reception, listening to a few offline songs – still waiting for a new tourist booking.

The Hotel, which has a capacity of 32 rooms and a restaurant, is empty since 5 August. He added that due to the advisory and current circumstances on ground, no tourist wishes to visit Kashmir.

Mr. Sheikh believes that the aim behind removing the special status of J-K by the central government was to crush Kashmir’s economy. “Who will compensate for our loss and fill the economical vacuum?” he wondered. “They [government] are claiming that it is development – but, for us, it is destruction.”

Parvaiz Ahmad Shah, 32, the owner of Shah Cafeteria, situated on the banks of Dal Lake, has been “thinking a hundred times even before purchasing stock worth 2000 rupees” for the past 80 days.

The dilemma of ambiguity has put a break on his business – “whether I would be able to sell it or not, [situation] is always volatile here.”

Mr. Shah took hold of this 40-year-old café after the death of his father, Ghulam Qadir Shah, 15 years ago. Since the shutdown, he has been operating only from 5 pm to 8 pm.

With a glass of water in hand, as he arranged the stock inside his café before opening the shutter, he wondered what happened to the developments plans of the government, and the promise of new opportunities for the people of Kashmir. “Situation is still the same here – things are worse than ever,” he said. “Who wishes to invest in a war-field? Would [Anil] Ambani come in this situation?”

Mr. Shah too has suffered the loss this season; his sale dropped from 20,000 rupees a day to merely 1,500-2,000 rupees a day. Similar was the story of about half-a-dozen houseboat owners, who have seen a draught in the peak tourist season as well.

The president of Houseboat Association Kashmir, Abdul Majeed Khankagi, 63, a resident of Nigeen, said that due to uncertain situation in Kashmir, for the past few years, the number of registered houseboats have gone down from 1,200 to 900.

“We are in living in difficult times and what good are they planning to do for people after ruining everything here?” Mr. Khankagi said.

The prospects of centre’s claim…

…of opening door for investments, which in turn will open up more jobs for the youth, are still blurred. Since 5 August, multiple reports claim the loss of thousands of jobs in various sectors in Kashmir.

Professor Nisar Ali, who is an ex-member of State Government Finance Commission and former Director of Jammu and Kashmir Bank, said that the investors have always been reluctant in investing in Kashmir – “overseeing this place as a remote area and a lack of understanding of Kashmir.”

He further added that with the intervention of state government gone, and Delhi in full charge of making huge investments in the Valley – “They can come up with better plans to boost various sectors. If they really work on it, they can turn the table.”

A senior employee at Jamkash vehicles, which deals with Maruti Suzuki vehicles in the Valley, whose identity has been withheld, claimed that the trade and sales have gone down by about 90 per cent since 5 August.

Jamkash currently deals in six outlets across the Valley, with about 1,400 employees on pay-roll.

“It ultimately affected our employees, as we were not able to generate revenue,” he said. “We had to lay-off about 50 per cent of our staff.”

However, it is not only big shots traders like Jamkash who have been affected in the clampdown but small time traders like Khurshid Ahmad Rather, 45, a resident of uptown area of Srinagar as well. He refuses to believe that the government has any plans for development.

“They have no such plans, this is all a lie,” he said.

At 5 pm, on 21 October, while Mr. Rather waited to open his ancestral ladies’ garments shop in Lal Chowk, smoking a Four-Square cigarette outside his shop front, he yelled, “Look, [pointing at a government forces’ vehicle stationed a few meters away], who will invest in a war like zone?”

The shutter of his shop stayed down for the initial two months after 5 August – hence, “no earning.” Now, hoping to revive, he also opens his shop partially in the evening hours.

Another trader standing next to Mr. Rather said that he has cash credit of rupees 3 lakh rupees of J-K Bank and has to pay 5,300 rupees per month as an interest. “How will I pay in these situations?” he questioned. “They [government] forcefully slapped this decision [abrogation of the special status] on us.”

What lies ahead for Kashmir in the economic terms remains to be seen – meanwhile, the president of Houseboat Association, Mr. Khankagi sees the government’s claim of flourishing development in Kashmir like a child – yet to be born; “no one can say whether it would a boy or a girl.”

As an immediate effect of the on-going shutdown and political uncertainty – Professor Ali said that the small investments have come to a standstill as well. “Unless we won’t come out of this uncertainty, economy cannot take off,” he added.

This story originally appeared in the 28 October – 3 November 2019 print edition of The Kashmir Walla. 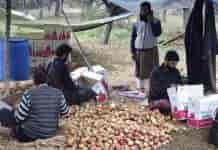 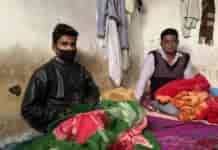 ‘What will we eat?’: Migrant workers in Kashmir’s COVID-19 lockdown 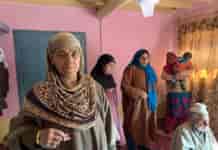 Is the government shutting down J-K Cements?