Prior to 5 August 2019 – in the newspapers, invitations cancelled notification would hold the courtesy to Article 35-A and Article 370; appealing to safeguard the duo, which granted Jammu and Kashmir its special place in the constitution.

Post 5 August, the government of J-K – via front-page advertisements – propagated the benefit of the repeal of the special status, and attempted to sell a dream of a better future; “a chance that youth of Kashmir should take.”

Though, in the political history of the world – there has always been a suspicion of what the establishment tries to sell. A deeper look into the J-K Reorganisation Act 2019 and after talking to the concerned stake holders – an observer could sense the prevailing suspicion among the population; wherein the intent is often questioned.

The dimensions of Kashmir – economic, political, and legal – are ambiguous; the only certainty is the uncertainty of the future. Similar is the scenario with the Jammu and Kashmir Reorganisation Act 2019 – not only common people but government officials and institutions are sitting with their breath held.

“Many things are going to change – but only time will clear the clouds” is the street mood in Kashmir.

Laws that stay, or have been amended – or repealed – will come in force from 31 October; this date marks another chapter in the complex history of Kashmir Valley. From this point, every step of government will drive about the next decade of the sour relationship between people of Kashmir and idea of India.

If Delhi pumps in huge investment and walks its talk – this time – the tables might turn. From here, it is black and white – it is only Delhi and Delhi; not Kashmir. The moves of New Delhi – political as well as economic – will either make Jammu and Kashmir the next development model in 2024 elections, or an international tragedy. But history tells us money hasn’t been able to calm Kashmir for too long. 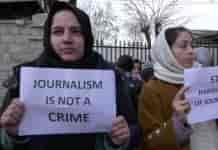 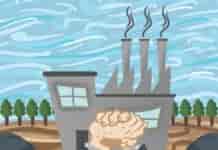 Editorial: Is Kashmir a graveyard of entrepreneurs? 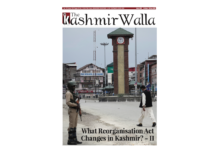 Editorial: A new beginning or the same old school?