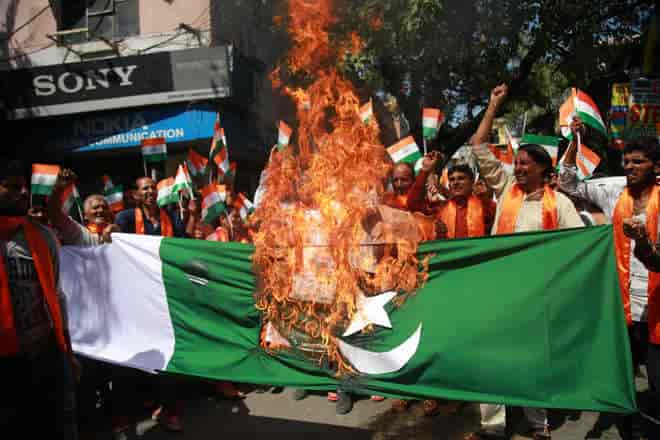 Srinagar: Activists of Dogra Front on Tuesday staged a protest demanding that no dialogue should be held with Hurriyat Conference leaders and other pro-fredoom leaders.

The protestors said that links of resistance leaders were established with the Pakistan and in such a situation no dialogue should be held with them.

“Mr Shah is visiting to the Valley for two days from tomorrow and he should not hold any dialogue with the separatists forces because they are anti-nationals and should be jailed,” Mr Gupta demanded.

He said that earlier also the Hurriyat refused to hold talks with government representatives, so why a special treatment should be given them.

“Instead of dialogue, they should be jailed. Their links into terror funding, Hawala rackets, across the border are already established,” he said and sought continuation of anti-militancy operations in the Valley.