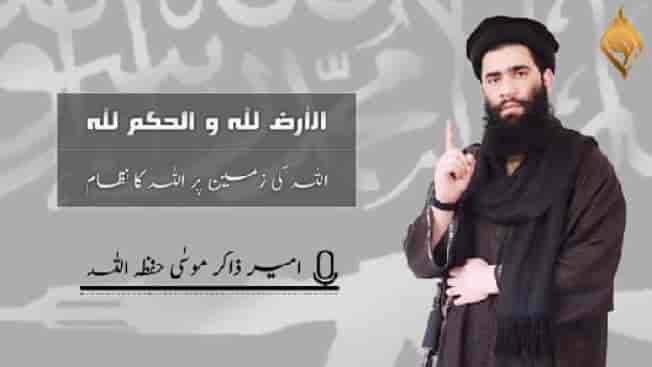 Srinagar: Following speculations of his death and remaining out of the scene for over a year, Ansar Ghazwatul Hind Chief Zakir Musa has come out of shadows with new audio declaring himself and his organization stronger than ever.

“Many people from both India and Pakistan have joined us. We are stronger than ever. Our numbers have gone up. We will soon restart our operations soon,” Mr. Musa can be heard as saying in a freshly released audio.

In the more than 15-minute audio clip he said that both India and Pakistan with the aid of the United States were trying to end Jihad in Sub-continent.

Mr. Musa has said that only Jihad is the solution of Kashmir issue and no treaty or formula was acceptable to Kashmiris. ” We have made a covenant with Allah that Kashmir will be ruled through Nizam-e-Mustafa. And that if we fail to implement the rule of Allah in our land our fate will be like those of the tribe of prophet lot,” he can be heard as saying in a more than 15-minute audio.

While talking about jihad in Afghanistan, Mr. Musa praises the Taliban and asks people to pay heed to the ways of Taliban, “Pray for the Mujahideen and help Jihad and join ranks of Mujahideen. Help Mujahideen through every means possible,” Mr. Musa adds.

He also addresses the Islamic preachers and asks them to not be silent over the atrocities in Kashmir, “Shariah in Kashmir will be imposed only after we fight the Hindu infidels in this Jihad, be pious and seek help from Allah only and follow Islam.”

While addressing the youth he appealed them to stay away from immodesty and maintain prayers. “Remember that nothing other than Jihad is beneficial for us. Whether that is candle march or closing down our own shops and cars. These things are more harmful to us than our enemy. Only Jihad is the way out,” Mr. Musa can be heard addressing the youth in the alleged audio clip.

Mr. Musa also addresses the ‘Jihadis of Pakistan’ asking them what prevents them from performing Jihad in Kashmir, “You will be asked why have you stayed away from Jihad in Kashmir and that your staying away from it has further taken the Kashmir Jihad 30 years backward.”

He further castigates Pakistan saying they have not done anything for the people of Kashmir, “My brothers, understand that when Pakistan was hurt by India last month, they went for all-out war against India, however, they have never felt the pain of Kashmiris. Why did not they fight when India when our brothers and sisters were killed and raped?” He questions.

“Pakistan has no love for people of Kashmir, may Allah save us from the conspiracies of Pakistan and India,” he stresses.

Musa further asks people to beware of the conspiracy of the election, “Remember elections in both India and Pakistan is polytheistic, stay away from elections. Vote is no solution to your issues.”

Addressing the mothers of  Muslims of India, Musa asks them to prepare their children for Jihad, ” Before your mosques are razed down. Prepare your sons for Jihad.” he says.