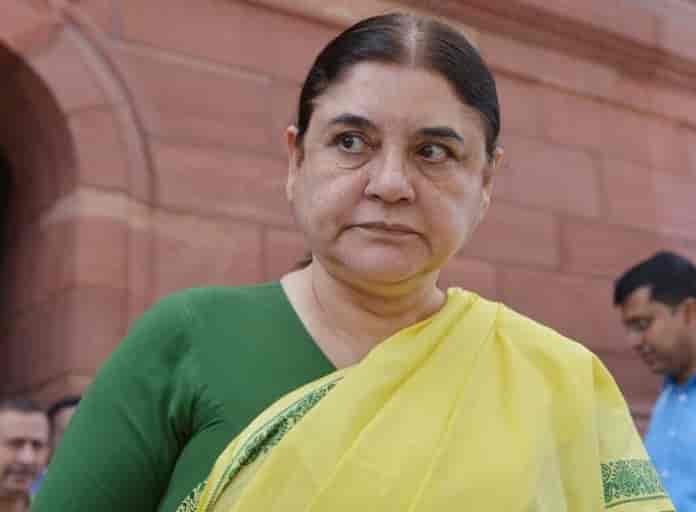 Union Minister Maneka Gandhi  told Muslims in Sultanpur in Uttar Pradesh to vote for her if they wanted jobs.

“My feelings get hurt. If Muslims then come to me asking for work, then I will think let it be, how does it matter? Dil khatta hi jayega. After all, a job is a deal,” she said, making it clear that Muslims should not expect jobs if they do not vote for her.

Gandhi further said that Muslim voters need to understand that it was a give and take relation.

“It is not that I will keep on giving without getting your support in return in elections. We are not children of Mahatma Gandhi,” she said.

She further said: “I have already won the elections, but you will need me. This is your chance to lay the foundation. When the election comes and this booth throws up 100 votes or 50 votes, and then you come to me for work we will see…

“I don’t see any divide, I see only pain, sadness and love. So it is up to you…”

She said: “You can ask anyone in Pilibhit about the kind of work I did there. If you feel I haven’t done enough, you can decide not to vote for me.”