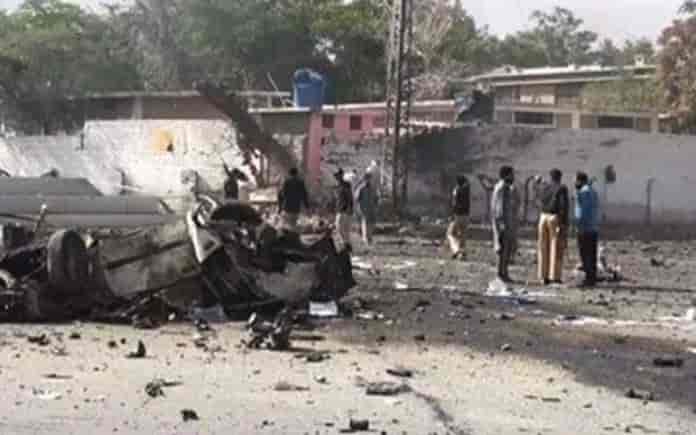 16 people were killed and over two dozen others injured in a blast that targeted members of the Hazara community in Quetta’s Hazarganji area on Friday morning.

Deputy Inspector General (DIG) Abdul Razzaq Cheema confirmed the death toll to DawnNewsTV and that the blast was targeted at the ethnic community.

“The attack took place in a [green grocer’s] shop. An Improvised Explosive Device (IED) was planted in a gunny sack filled with potatoes. Whether it was timed or remote-controlled, our experts will tell. Right now they are investigating,” DIG Cheema was quoted as saying by Dawn.

He said that eight of those killed were Hazara. At least one Frontier Corps soldier deputed for their security was also killed in the attack.

Others who lost their lives included shopkeepers, businessmen and citizens working or residing in the area.

Four FC soldiers were among the injured.

“We have arranged transportation back [home] for Hazaras who remained unhurt in the attack,” he added.

According to Dawn the Hazarganji area in Quetta has been witness to similar attacks in the past. Hazara shopkeepers are known to stock vegetables and fruits from the Hazarganji bazaar to sell at their own shops. They are provided a security escort to and from Hazarganji since they are constantly under threat of attack.