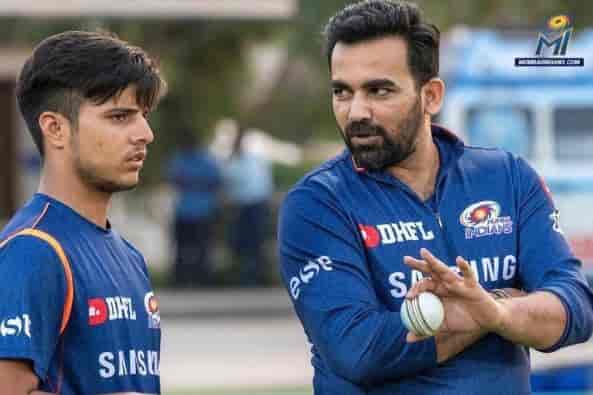 Srinagar: 17 year old Kashmiri cricketer Rasikh Salam who made his IPL debut yesterday has said that he will perform well in the next match and that he was nervous.

Taking to his Twitter handle the Kulgam speedster said that he was nervous while playing his first match for the cash rich league.

“I was nervous,and in sha Allah will perform good in next match,” he tweeted.

Salam made his debut,  in the Indian Premier League (IPL) wearing the jersey of Mumbai Indians, against Delhi Capitals.

While Salam conceded 42 runs of his four overs in last night’s match, his bowling was praised by cricket pundits

Salam was picked by the dugout of Mumbai Indians in recent auctions for IPL 2019. He is the second Kashmiri to play in IPL, after off-spinner Parvez Rasool, who went on to play for Indian National Team as well.