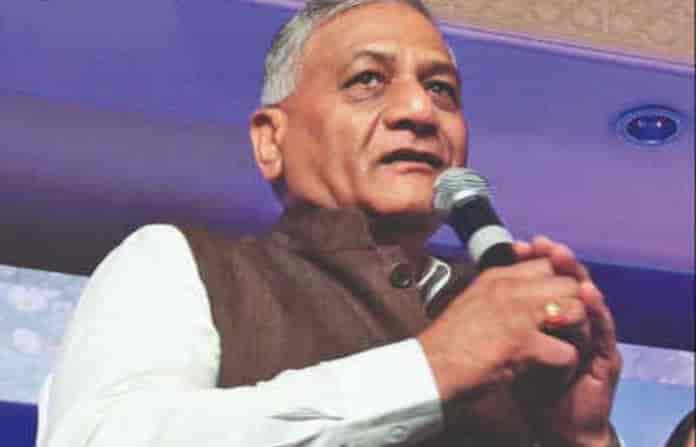 Union Minister VK Singh today said those raising questions on the Balakot strike “should be tied to the aircraft and taken along the next time”.

“Next time when India does something like that, I feel that those who raise questions should be tied under the aircraft and taken along. When the bombs are dropped, they can see the targets and after that they can get off, count the casualties and come back,” VK Singh told news agency ANI.

In his tweet this morning, Singh had written: “Last night at 3.30 am there were too many mosquitoes, so I used HIT (repellant). Now should I start counting how many mosquitoes I killed or should I go back to sleep?” Though there was no mention of the February 26 Indian Air Force strike on a Jaish-e-Mohammed camp in Pakistan, the inference was not lost on anyone.

Explaining his tweet, The Union Minister  said: “Do you count things? Bombs were exploded, buildings were hit and will people not be killed after an explosion of a 1000-kg bomb? If killed, then you make an estimate of number of people killed. I don’t know who wants to count it. It’s unfortunate.”