Baba Gund village of Kupwara district, north Kashmir is surrounded by long paddy fields and has a thin population. This small village in Valley has stayed, astonishingly, a foot away from conflict for a long time.

On 28 February, at around 3 in the afternoon, the noise, and the smoke, of teargas shelling, was a new, yet horrible, thing for the residents of Baba Gund village. The encounter had erupted between the trapped militants and the government forces.

People living in the periphery of the encounter site left their homes and started running to a safe space.

Being one of the longest gunfights of recent times, it ended almost after 76 hours. The government forces closed the operation and left the place. 45-year-old Fayaz Ahmad Shah was standing on the huge pile of debris—looking at the flames and crushed bricks—mutely. His house, a supposedly safe structure, where he lived alongside his five children, was now reduced to rubble. A laborer by profession, Mr. Shah will live a different life from here—without shelter and food—supposedly, more difficult one.

After the hours-long gunfight ended, at least four houses entirely, while the other four were partially damaged. All the personal belongings and savings of eight families were under the remnants of conflict. Meanwhile, half a dozen cattle sheds went down as well. 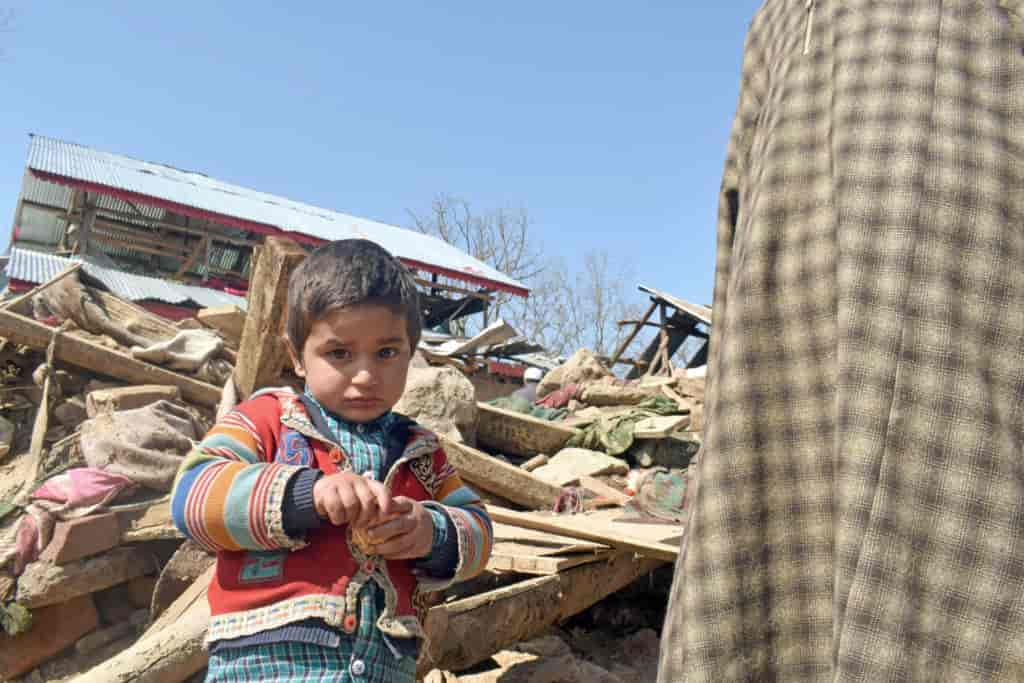 Usmaan Shah, the youngest son of Mr. Shah, standing alongside his destructed house. Photograph by Bhat Burhan for The Kashmir Walla 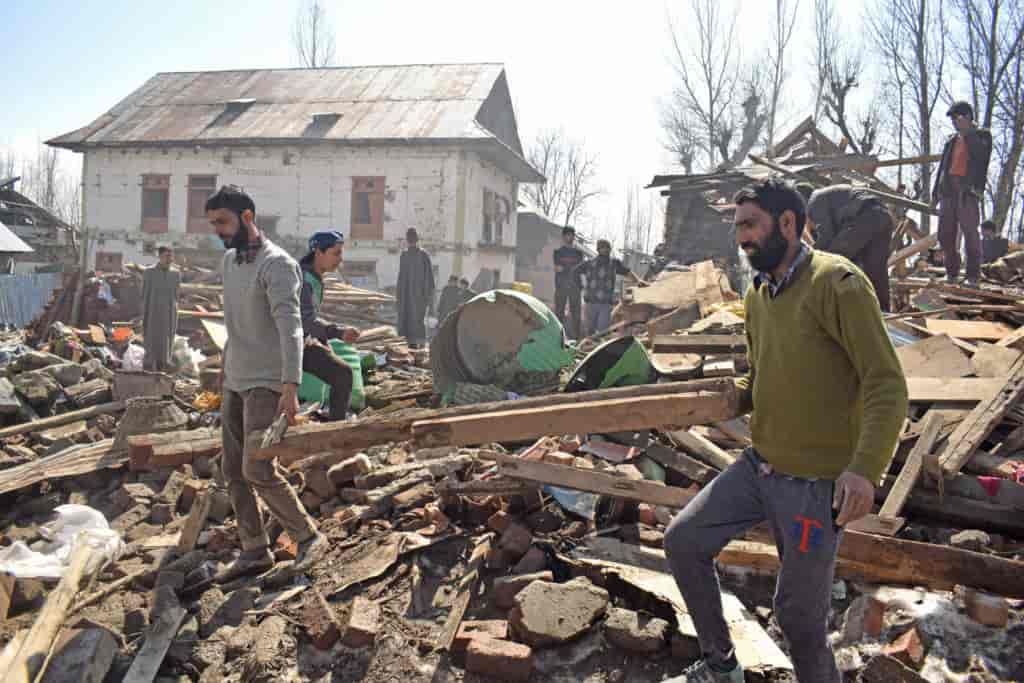 Soon after the gunfight ended, locals from nearby villages came to the families in setting up the damaged property. Photograph by Bhat Burhan for The Kashmir Walla 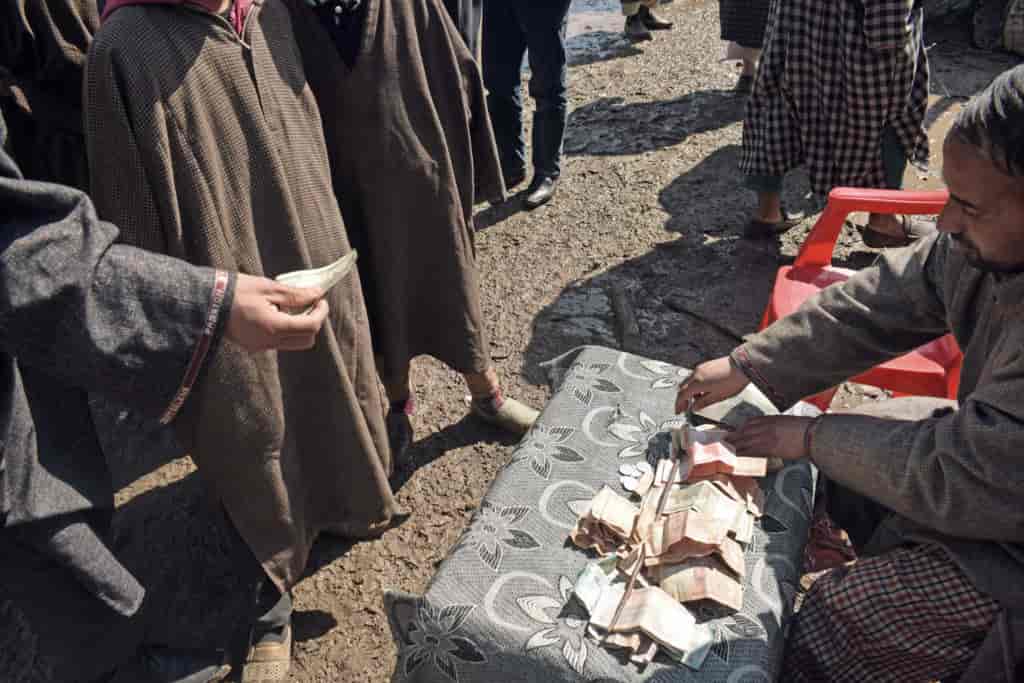 Some were collecting the money from the visitors while others cleaning the debris. Photograph by Bhat Burhan for The Kashmir Walla 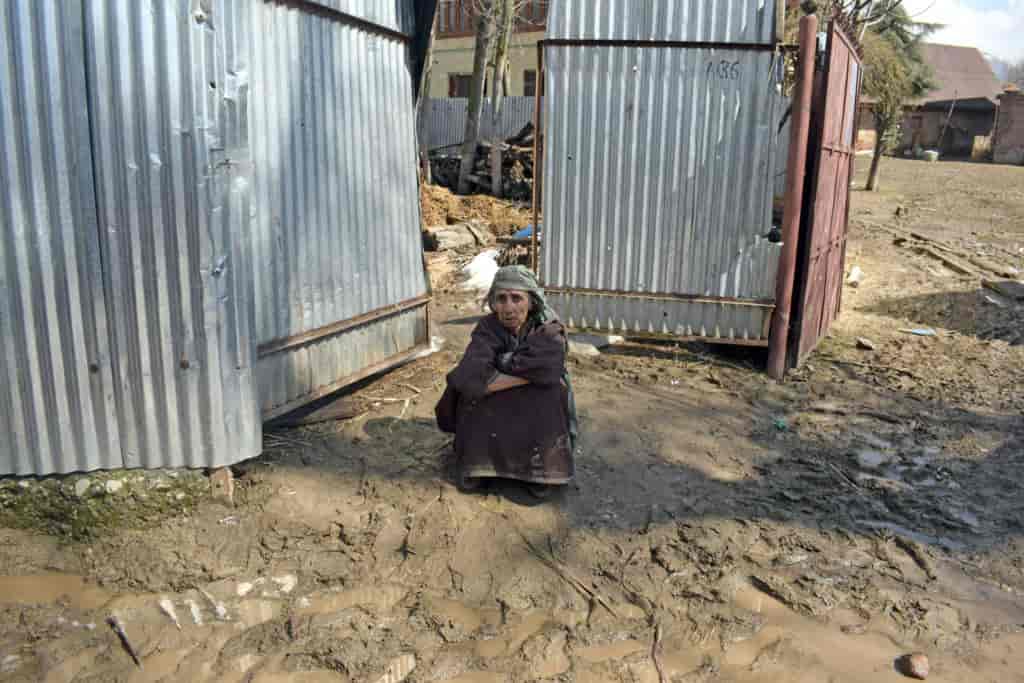 Fatima Bano, an octogenarian, sitting on the main gate of the house she lost in the gunfight. Photograph by Bhat Burhan for The Kashmir Walla

Locals around the debris of Mr. Shah’s house after the encounter. Photograph by Bhat Burhan for The Kashmir Walla