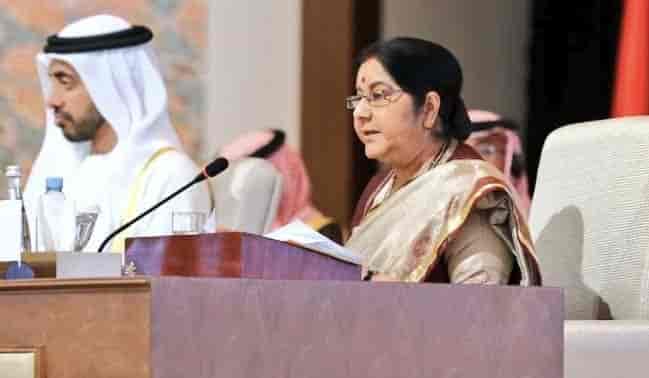 Srinagar: After Organisation of Islamic (OIC) criticized India on Kashmir in a resolution adopted by the influential grouping of 57 countries, New Delhi has strictly said that Jammu and Kashmir is an integral part of India and is an internal matter of India. The resolution came just a day after Foreign Minister Sushma Swaraj, as the guest of honor, called out “states which shelter terrorists”.

In its first reaction to the resolution, India’s MEA said that their stand is consistent and well known. “We reaffirm that Jammu and Kashmir is an integral part of India and is a matter strictly internal to India.”

The OIC on Saturday had sharply hit out at what it called “intensified Indian barbarities since July 2016” and “illegal detentions and disappearances” in Jammu and Kashmir.

On Friday, Ms. Swaraj in her speech had urged the OIC to “act together” to fight against global terrorism amid hot tensions between two nuclear neighboring countries  – India and Pakistan following the Pulwama terror attack last month in which more than 42 CRPF paramilitary troopers were killed.

On Saturday, the OIC adopted a resolution on Kashmir, attacking India for “indiscriminate use of force against innocent Kashmiris” and also praised Pakistan Prime Minister Imran Khan for sending back Indian Air Force pilot Abhinandan Varthaman, who was captured after an aerial encounter on Wednesday.