Indian cricket team captain Virat Kohli has barged into match referee’s room and abused him while shouting expletives at him following the no-ball controversy that has been the talking point ever since the Mumbai Indians versus Royal Challengers Bangalore match.

According to Times Now, the RCB captain known for his hotheadedness  barged inside the match referee’s room where he used abusive language and shouted expletives. Kohli is also said to have told the referee that he doesn’t care if he is penalised for violating the code of conduct.

While some sort of action is likely to be taken against Kohli, RCB are sure to lose points in the fair play list as well. It is possibly for the first time in the history of the tournament that a cricketer has barged into a match referee’s room after the match to express his displeasure. When asked about the no-ball, Kohli said at the post-match presentation, “We are playing at IPL level, not club cricket. That is just a ridiculous call off the last ball. The umpires should have their eyes open, it was a no-ball by an inch. It is a completely different game altogether [if there was the extra delivery]. They should have been sharper and more careful out there.” Kohli was quoted as saying by Times Now.

MI captain Rohit Sharma agreed to the fact that such incidents weren’t good for cricket. “Honestly, I just got to know after crossing the rope that it was a no-ball. These kind of mistakes are not good for the game.”

Batting first, Mumbai Indians posted a challenging 188-run total on board. In reply, AB de Villiers’ 41-ball 70 went in vain as Bangalore were left stranded at 181/5.

However a  controversy triggered as Lasith Malinga, who bowled the final over, ended up bowling a front-foot no-ball – which was also the last delivery of the match.

With 7 needed off 1 ball, RCB all-rounder Shivam Dube worked the last ball towards long-on for a single. As Mumbai players broke into a celebration, the big screen soon showed that the delivery was a front-foot no-ball – which went unnoticed by the umpires.

Kohli was livid with the decision and television replays showed the number one batsman of the world hurling abuses. 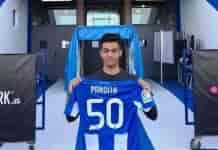 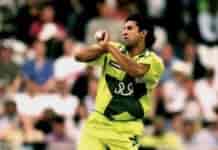 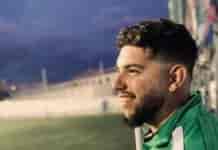