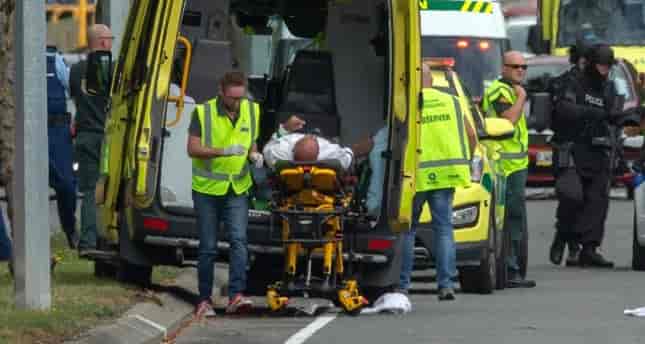 Police in the New Zealand city of Christchurch said that there are”multiple fatalities” after terror attack in two mosques in the city center on Friday, CNN reported.

Police Commissioner Mike Bush told CNN that four people are in custody but police are unsure if there are any other suspects.
“As far as we know (the shootings occurred) at two locations, a mosque at Deans Avenue, and another mosque at Linwood Avenue,” Bush said. “We are unsure if there are any other locations outside of that area that are under threat.”
Bush said they were “dealing with a very serious and tragic series of events in the Christchurch Canterbury area” and warned people to stay off the streets. He asked “anyone who was thinking of going to a mosque anywhere in New Zealand today not to go. To close your doors until you hear from us again,” he said.
New Zealand’s Prime Minister Jacinda Ardern held a press conference into the shooting at two mosques in Christchurch, describing it as “one of New Zealand’s darkest days.”
“What has happened here is an extraordinary and unprecedented act of violence,” she said.
Ardern said the attacker has “no place in New Zealand.”
“For now my thoughts and I’m sure the thoughts of all New Zealanders are with those who have been affected their families,” she said.