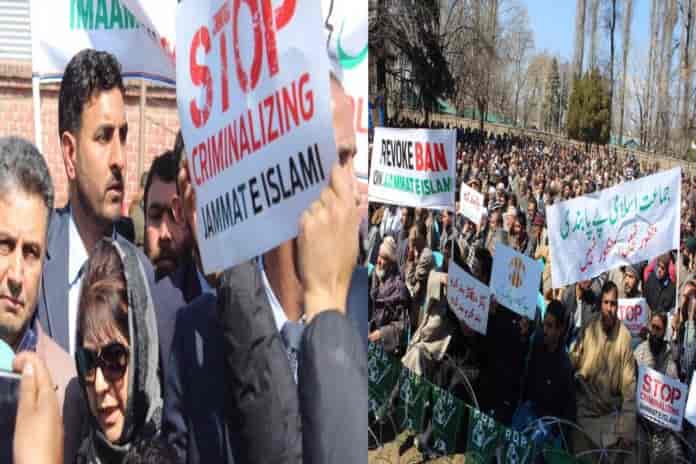 The PDP president led a massive protest rally in the district where men and women holding placards and shouting pro-Jamaat and anti-Modi slogans rallied along.

Addressing the rally Mehbooba said:”We want that the ban must be lifted. We’ll go to district level now, then we will go to every segment. Elderly people who have been arrested must be released.”

Addressing  reporters, Mehbooba warned of more protests if the ban on JeI was not lifted. “The arrest of members of JeI, moulvis and Imams affiliated with Ahli-Hadith is a direct interference in our religious affairs. We won’t tolerate this,” she said.