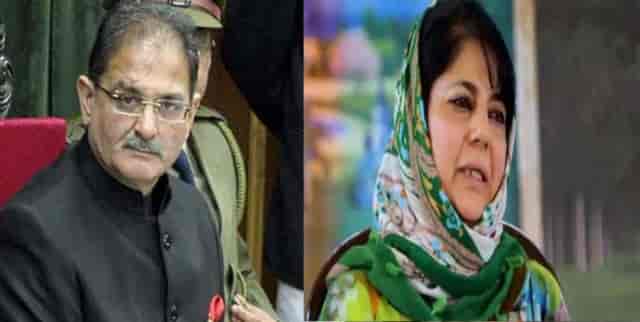 Responding to the former Chief Minister of Jammu and Kashmir, Mehbooba Mufti’s continuous demand to revoke the ban on Jamaat-e-Islami (JeI), the Bharatiya Janata Party (BJP) leader, and former deputy CM Kavinder Gupta on Wednesday said Ms. Mufti should be arrested if she supports JeI.

Citing examples of other nations such as Bangladesh and Afghanistan, Mr. Gupta said, “they banned madrasas in a crackdown on illegal activities and terrorism, then it should also be banned in Kashmir.”

Speaking to ANI, the BJP leader said, “Bangladesh, Afghanistan and other nations banned madrasas because of illegal activities. Similarly, if efforts to spread terrorism are made in Kashmir, they should be banned here too. If Mehbooba ji supports Jamaat-e-Islami, then she too should be arrested.”

The Ministry of Home Affairs of India banned the socio-religious organization, JeI, under Prevention of Unlawful Activities Act 1967.