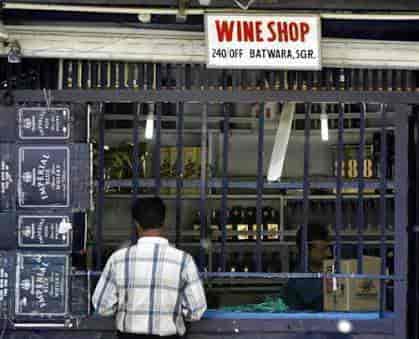 Kashmir High Court Bar Association on Tuesday said that new excise policy announced by the government was bound to play havoc with the social and cultural ethos of the Muslim majority society of Kashmir.

The lawyers’ body expressed “anguish and resentment” over the new policy which has been made applicable from February and is to remain in force till 2020.

“According to the policy, new liquor vends have been allowed to come up at a minimum distance of 100 meters, instead of 300 meters as was earlier notified, from religious places, schools, hospitals and nearest liquor shops, in violation of the Supreme Court directions and the law on the subject,” a spokesman of the Association said, according to GNS. .

A Public Interest Litigation filed by advocate Manzoor Ahmad Dar, seeking to complete ban on the sale of liquor in the State is already pending consideration before the High Court.

“Instead of banning the sale, storage and consumption of liquor in the State, which is a Muslim majority State, the Government has come up with a new policy, which is bound to play havoc with the social and cultural ethos of the Muslim majority society of Kashmir.”

The Bar Association said the sale of liquor in the State of Bihar, Gujrat, Kerala, Nagaland, Manipur as well as in the union territory of Lakshadweep, has been completely banned, though, all these States are tourist places.

“In the name of generating revenue from the trade of liquor, the sale of liquor is being encouraged in the State of J&K which is highly reprehensible”.