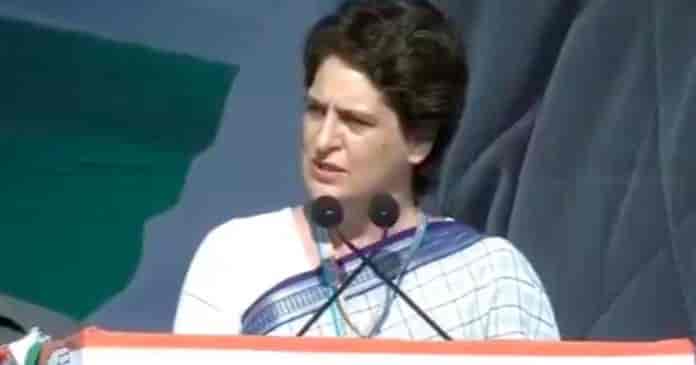 “Your vote is a weapon,” the 47-year-old Congress general secretary said to a crowd in Gandhinagar

“Those who talk about fitrat (nature), the fitrat of this country is that the winds of hate will be blown away by love.”

“This nation is based on love and brotherhood. It is sad at what is happening in the country these days. There is no bigger patriotism than awareness,” she said.