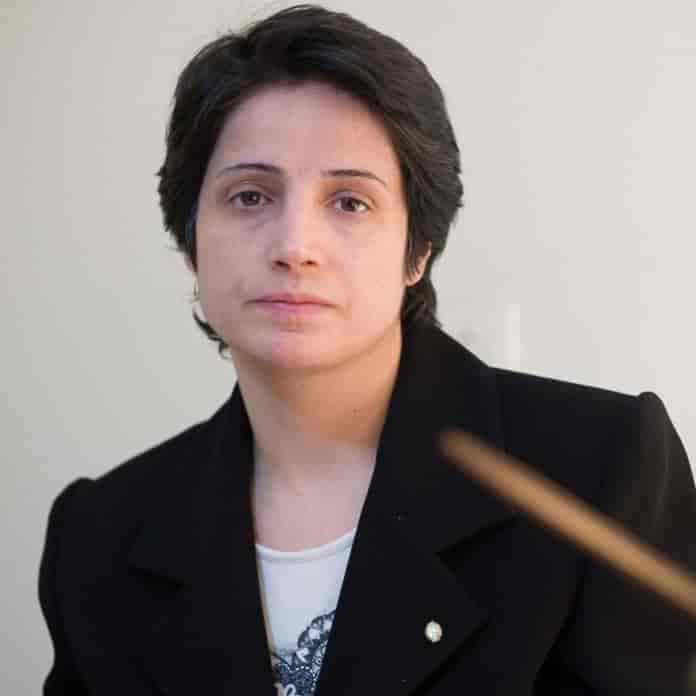 Nasrin Sotoudeh who was jailed in Iran has been handed a new sentence of 38 years in prison and 148 lashes.

Sotoudeh an internationally renowned human rights lawyer jailed in Iran, has represented opposition activists including women prosecuted for removing their mandatory headscarf, was arrested in June and charged with spying, spreading propaganda and insulting Iran’s supreme leader, her lawyer was quoted as saying by The Guardian.

She was jailed in 2010 for spreading propaganda and conspiring to harm state security – charges she denied – and was released after serving half of her six-year term. The European parliament awarded her the Sakharov human rights prize.

Mohammad Moqiseh, a judge at a revolutionary court in Tehran, said on Monday that Sotoudeh had been sentenced to five years for assembling against national security and two years for insulting the country’s supreme leader, Ayatollah Ali Khamenai, the official Islamic Republic News Agency reported.

Sotoudeh’s husband, Reza Khandan, wrote on Facebook that the sentence was decades in jail and 148 lashes, unusually harsh even for Iran, which cracks down hard on dissent and regularly imposes death sentences for some crimes.

The news comes days after Iran appointed a new head of the judiciary, Ebrahim Raisi, who is a protege of Ali Khamenei. The appointment is seen as weakening the political influence of the Iranian president, Hassan Rouhani, a relative moderate.