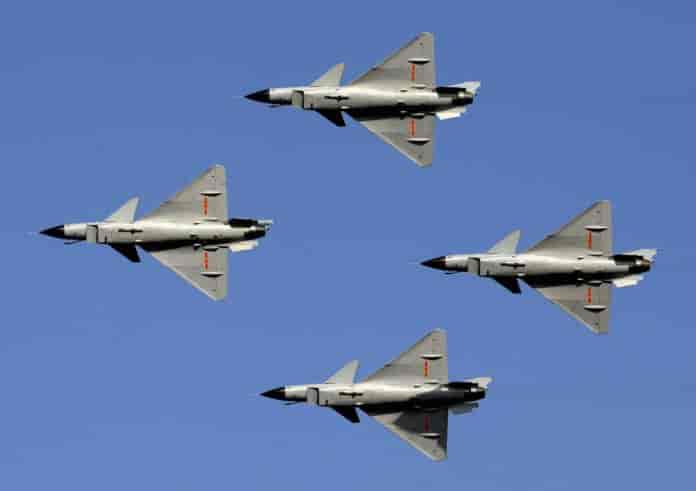 The J-10 fighter jets of the Chinese Air Force’s Bayi Aerobatic Team arrived in Pakistan on Saturday in preparation for a flight performance there on March 23 in celebration of Pakistan’s National Day, Globaltimes reported.

A parade is scheduled on March 23 to mark Pakistan Day.

Contingents from countries including China, Saudi Arabia, and Turkey will participate in the parade, with Malaysian Prime Minister Mahathir Mohamad being the guest of honor, media reports said.

Hu Zhiyong, a research fellow at the Shanghai Academy of Social Sciences’ Institute of International Relations, told the Global Times on Sunday that China sending fighter jets to celebrate Pakistan Day is symbolic of the friendship between China and Pakistan, noting that Pakistan is an all-weather friend of China.

This is not the first time the Bayi Aerobatic Team performed in Pakistan.

On November 19 2017, the team staged a “wonderful” aerobatic flight with J-10 fighter jets in Quetta, the capital city of Pakistan’s Baluchistan province, according to China Military Online.

In addition to the J-10’s flight performance, Chinese analysts expect more Chinese elements at Pakistan Day parade as the country operates a variety of Chinese weapons.