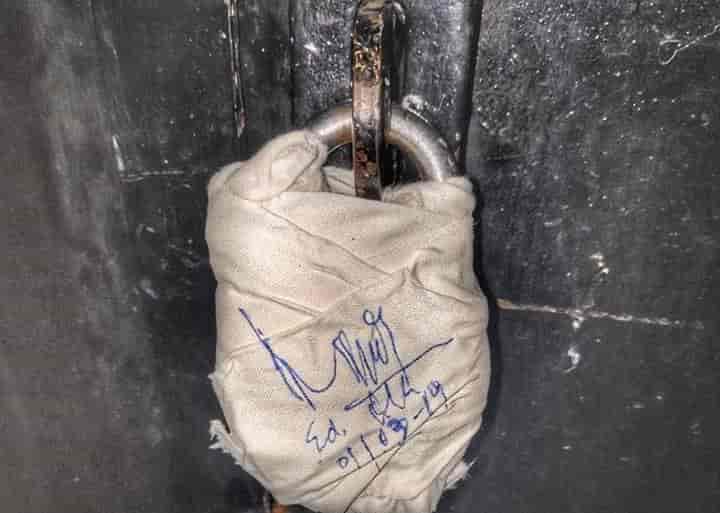 Soon after the ban on a large socio-religious organization, Jamaat-e-Islami (Jammu and Kashmir) by the Ministry of the Home Affairs (MHA) on Thursday, many offices of the outfit across Valley, including a few residential houses, were raided and sealed.

The Police and Revenue department raided the JeI offices at Kishtwar, Anantnag, Pulwama, Pampore, Bandipora, Barzulla, Kupwara, Ganderbal, Tangmarg, and as per sources, later sealed them.

A localite from Tangmarg, Peer Badar*, said, “After the tehsil office Tangmarg was seized, all the belongings, including cups, blankets, and gas cylinders were taken away.”

In Pulwama, following the seizing of Jamaat’s district office, Darul Huda, the clashes erupted between youth and government forces. Heavy teargas shelling was reported after the Maghrib Prayer and a huge deployment of forces appeared on the scene.

On Friday, the residential house of Ameer-i-Zila (District chief) Srinagar, Bashir Ahmad Lone, was sealed forcing their family to spend the night without shelter. While talking to The Kashmir Walla on phone, the son of Mr. Lone, 32-year-old said that his 12-member family was made to spend the night under the sky.

“Even our relatives fear to give us shelter this time. They don’t want to face the same atrocity by the officials,” he added. Calling it atrocity on the part of the government, he expressed his anger saying that “even our residential houses are not spared.”

After Friday’s Maghrib prayer, at Old Barzulla, the house of another member of Jamaat-e-Islami Mohd. Shafi Dar was locked by the authorities. The Kashmir Walla spoke to his family, who stated that they went to check out the house this morning, and the main gate was unlocked; “however, we don’t know who did that.”

After the MHA put a ban on JeI, the families of its leaders and workers ran worried.  Condemning the decision, many have called this ban unjustified. “Tension is everywhere but we have been asked to be disciplined without creating hoax around,” said a member of JEI at Shopian.

Another JeI’s member, living in the same area, said that if the news about the schools being targeted is right, then there is no limit to the atrocities. “Government should understand that schools are run independently and are already recognized by the Board of J&K,” he added.

“These schools are run by the trust, targeting schools is like a target on the education system. We condemn such actions,” he added.

Few days after the suicide attack at Pulwama, mass detention of about 150 activists have been reported, and the raids are still going on. The Union government banned JeI, Jammu and Kashmir under the unlawful act, the MHA delegated powers to Governor Satya Pal Malik too order the seizure of funds, properties and assets of the outfit under section 42 of the UAPA.

Many leaders of JEI including Ameer-e-Jamaat Jammu and Kashmir, Dr. Abdul Hamid Fayaz, has been shifted to Central Jail Srinagar.

Following the arrests of many Jamaat leaders, fear has crippled the lives of those whose family member is a cadre or a member of Jamaat-e-Islami. To evade the arrests, a number of people have gone into hiding; many of whom are not willing to talk to media after the mass detention.

On Friday, the authorities also tried to seal the Falah-e-Aam Trust (FAT)-run-school based in Bandipora, which was later unsealed due to the public pressure. The Kashmir Walla also tried to contact the Chairman of the FAT, but he refused to talk about this matter.

As per various news reports, at least 300 schools are being run by FAT, affiliated with JeI and have 10 thousand teachers with an approximate enrolment of one lakh students.

Another cadre of JeI, requesting anonymity said, “FAT has nothing to do with Jamaat-e-Islami, as the trust is completely for schools and education purpose. Authority should not attack it as thousands of students will have to face its consequences.” He added that the JeI is an ideology like the rest of the ideologies in Kashmir, and banning it is curbing of an ideology.