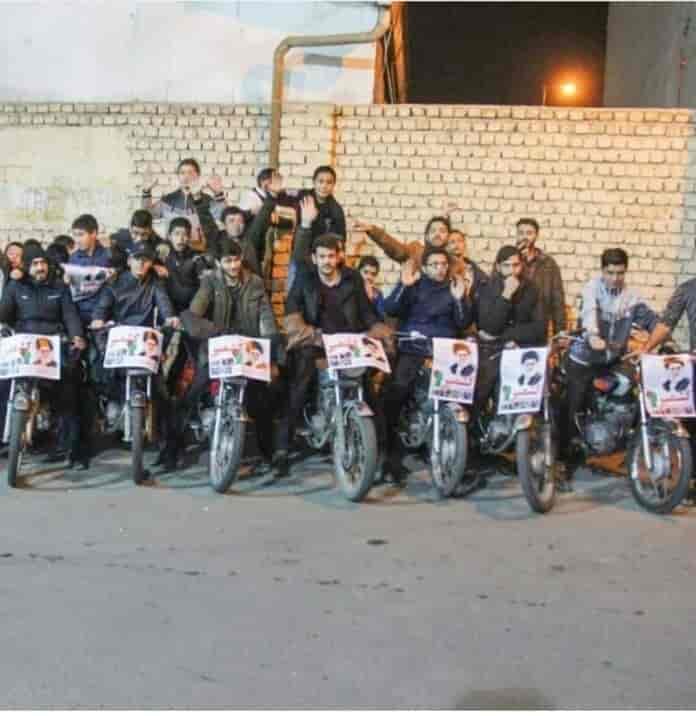 Locals of Iran’s holy city of Mashhad  marked the ‘Kashmir Solidarity Day’ by rallying with posters carrying messages of the Supreme leader of the country Ayatollah Syed Ali Khamenei on Kashmir.

The youth of the country are following Khamenai’s call for resolution of Kashmir dispute according to aspirations of Kashmiris.

Carrying posters the youth rallied around the city on motor-bikes, reported Tasnim news.

While another poster read, “Oppressed Muslims of Kashmir are telling the truth and one who is suppresses their voice is doing injustice.”

Khamenai  has in the past on many occasions talked about the Kashmir issue and asked for its resolution,

Last year in his Hajj speech Khamenai once again talked about Kashmir and asked Muslims to pray for the oppressed people of Kashmir.

Earlier in April 2018,  Khamenei had said he was hopeful that the people of Kashmir will push back their oppressors by their resistance soon.

And in his Eid ul Fitr address last year the octogenarian leader had almost sparked a diplomatic row by equating  on-going Kashmir conflict with that of Yemen and Bahrain saying that the Muslim world must express their disdain against ‘oppressors’ who have attacked people in such horrible ways during the holy month of Ramzan.