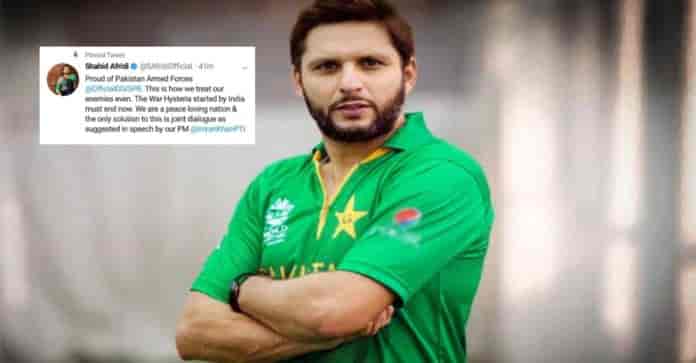 Former Pakistan cricketer Shahid Afridi has hailed the Pakistan Army for their  treatment of   wing commander Abhinandhan Varthaman who was arrested by Pakistan armed forces this morning.

The maverick cricketer called for the end to war hysteria started by India,”Proud of Pakistan Armed Forces @OfficialDGISPR. This is how we treat our enemies even. The War Hysteria started by India must end now. We are a peace loving nation & the only solution to this is joint dialogue as suggested in speech by our PM @ImranKhanPTI” Afridi Tweeted.

Afridi was commenting on the video showing wing commander in which he can be seen praising Pakistan army as he sips  tea.