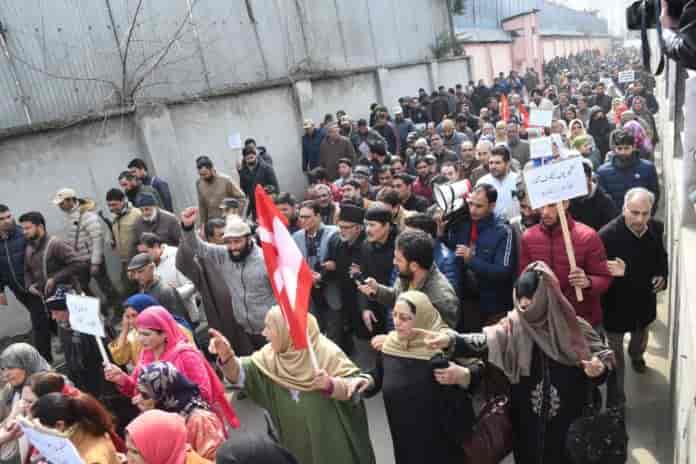 The National Conference Saturday took out a protest march in Srinagar against the intimidation and harassment of the people of Kashmir outside the valley and demanded such attacks be immediately stopped, PTI reported.

They shouted slogans against the attacks and harassment of Kashmiris outside the valley and demanded it be stopped immediately.

The protestors marched towards TRC Crossing where they were stopped by a heavy contingent of police.

Speaking to reporters, Sagar asked whether the attacks on Kashmiris were part of any “political conspiracy”.

“Kashmiris are being targeted across the country. Do they not think of us as Indian citizens? Why are Kashmiri students being targeted? Is it a political conspiracy? Is it being done to help some win the elections as J-K is the only Muslim-majority state in the country?” he said.