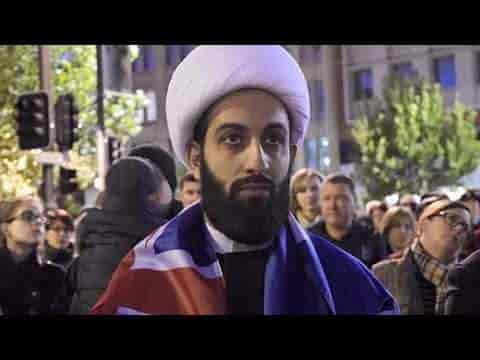 Tawhidi who claims to be a Shia Muslima is often seen criticizing Islam and Islamic countries like Iran made the remarks during an interview with Times of India.

“In my latest book The Tragedy of Islam, I have dedicated an entire chapter discussing ‘The Difficulties of Shia Islam and Shia Islamic Governance’. The Shia terrorist organisations are a handful and in limited geographic areas: Hizbullah of Lebanon and the IRGC of Iran.” He said.

On being asked why he migrated from Iran the Australian Imam said that :”My family fled to Iran from Saddam Hussein’s oppressive regime. Four of my uncles were executed by Saddam Hussein’s regime due to their open opposition against his crimes and wars. My father was imprisoned for nearly a decade. My parents moved to Iran because the borders were open and Iraqis were fleeing to Iran in the thousands. I was born in Iran as a refugee. We migrated to Australia because my parents took the opportunity to start a new life after living through the Iraq-Iran war.”

He further said that he   was imprisoned in Iran for his  preaching, “I was detained without charge. I was preaching a more open-minded and secular brand of Islam that calls for the separation of mosque and state, religion and politics.’  said Tawhidi who terms himself Imam of peace.

Tawhidi has also made statements on Kashmir, in June last year he indulged in a Twitter battle with NC leader Aga Ruhullah Mehdi, with Ruhullah terming the self styled Imam as a joker.

Their fight became visible on twitter following Tawhidi’s defence of government forces wherein he had legitimised the mowing down of Kashmiri youth Qaiser Amin by CRPF vehicle at Nowhatta last Friday.

His tweet elicited stinging response from the Kashmiri netizens who described Tawhidi’s comments as ‘provocative,’ ‘foolish’, ‘stupid’ and full of ignorance.

In a direct attack on Tawhidi, NC leader Ruhullah Mehdi in a tweet accused self styled Imam of being an MI6 agent.

Imam Tawhidi is an Iran born Australian cleric who terms himself as an imam of peace.

He is accused by the Iranian government to be an agent of MI6 which works against the Muslim unity .

Tawhidi is known for his anti Islamic and anti Iranian views.