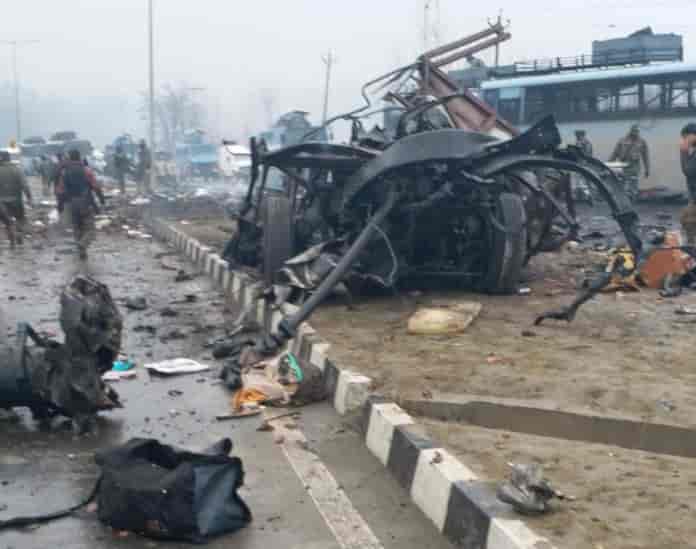 Srinagar: Twelve paramilitary troops were killed and at least thirteen others were injured, and a bus of CRPF they were travelling in was damaged in a car bomb attack along Srinagar-Jammu highway in south Kashmir’s Pulwama district on Thursday.

A police official said that around 3:15 pm, militants rammed the car into the CRPF bus triggered off an intensive blast.

The officer said that twelve CRPF men were killed in the blast and thirteen others seriously wounded were shifted to army’s 92 base hospital.

Following the blast the traffic has been suspended on the highway as forces cordon off the entire area and launched searches. (GNS)