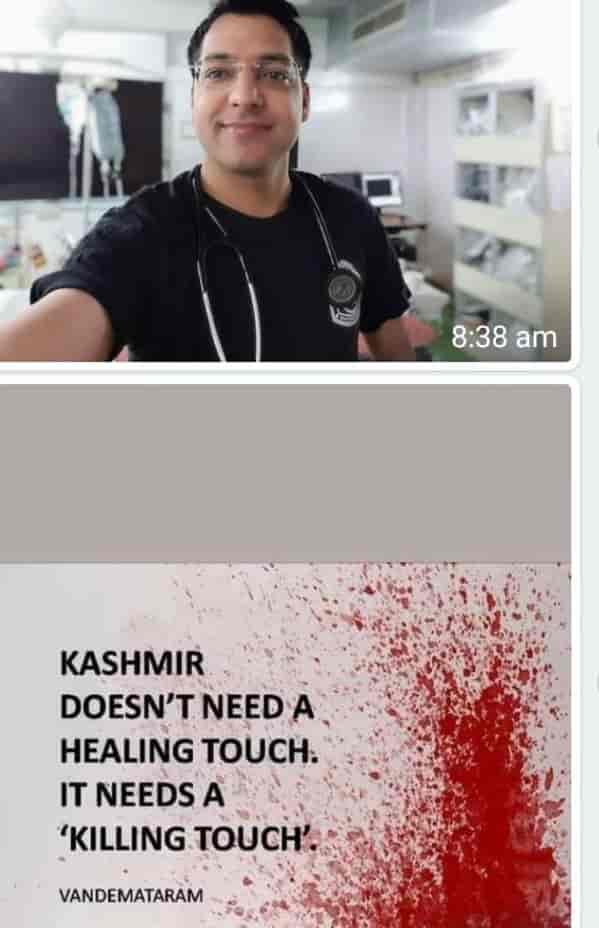 Srinagar: Resident doctors association of SKIMS, on Saturday demanded the immediate suspension of Dr. Amit Sharma, DM Scholar cardiologist in SKIMS, over his disturbing post on Whatsapp, believing “It could lead to disharmony among residents with catastrophic consequences.”

Calling him a threat to the patients, Doctors at the Soura medical institute said, “The post itself speaks of his hatred and communalism against the Kashmiris and such persons treatment for the patients cannot be trusted.”

Strongly condemning the act, Dr. Suhail Naikoo of DAK has said that such things are sensitive and unacceptable to the profession and he also demands a serious action.

Naikoo said, “Doctors has to serve the humanity under Hippocratic oath, irrespective of the religion, region, caste, creed or social economic status and such post from the DM scholar is highly unacceptable.”