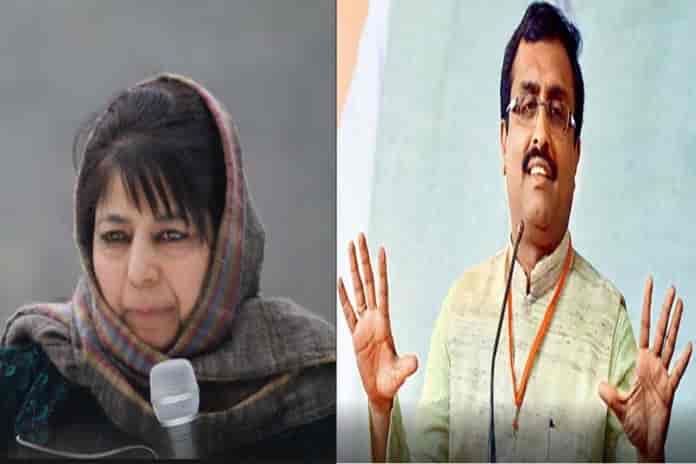 Srinagar: Ram Madhav, the Bharatiya Janata Party (BJP) general secretary, who oversees the party’s units in Jammu and Kashmir and the Northeastern states, said that BJP-led government at Centre is committed to eliminating militancy from Kashmir.

Madhav while commenting on PDP president Mehbooba Mufti’s recent remarks on militants where she had said militants were ‘sons of soil’, Madhav said that  when PDP  was in alliance with BJP for three years, the coalition launched a massive campaign against militants, “Today, for her own politics, if Mehbooba-ji wants to return to the politics of separatism and championing the cause of militants and their cohorts, it shows her own political double standards.” Madhav said during an interview with Hindustan Times.

He further said that both BJP- PDP when in power,  were consistent,  “We never said the militants are our in-laws, we went after them and we will go after them when we return to power.” He said

He further took objection in describing 2018 as bloodiest year in Kashmir, “I take objection to describing it as the bloodiest year. It was a successful campaign against terrorism in Kashmir, not just in the year that has passed, but in the last several years; we have been able to successfully neutralise a large number of terror modules.” He said.

Adding that it  was a major success in the fight against ‘terror’. “Barring a few districts in south Kashmir, the Valley has largely been peaceful. Normal life of people, developmental activity of the government are going on unhindered. Things have improved and nobody should doubt our determination to eliminate the last terrorist in the Valley.”

“But at the same time, we are focusing in a big way to undertake developmental activity to ensure that the democracy returns in the state.” He said.