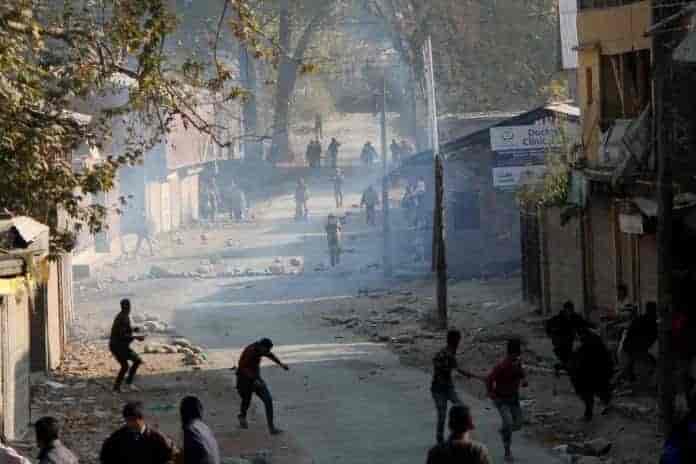 Srinagar: At least a dozen persons were injured during intense clashes with government forces in Tral area in South Kashmir’s Pulwama District on Thursday.

After  news of the encounter spread in the area  youth in large numbers along with women and old men hit the streets and tried to make their way to the encounter site, however government forces fired tear smoke shells and pellets to disperse them.

As per reports at least ten protesters were injured during the clashes when youth hurled stones upon the troopers in retaliation.

They said that at least ten youth were injured in clashes near Batagund, Khangund, Gulshanpora and other places of the district.

The clashes were however going on near the encounter site where two to three local Militants are believed to be trapped.

Meanwhile internet service has been suspended in Tral.