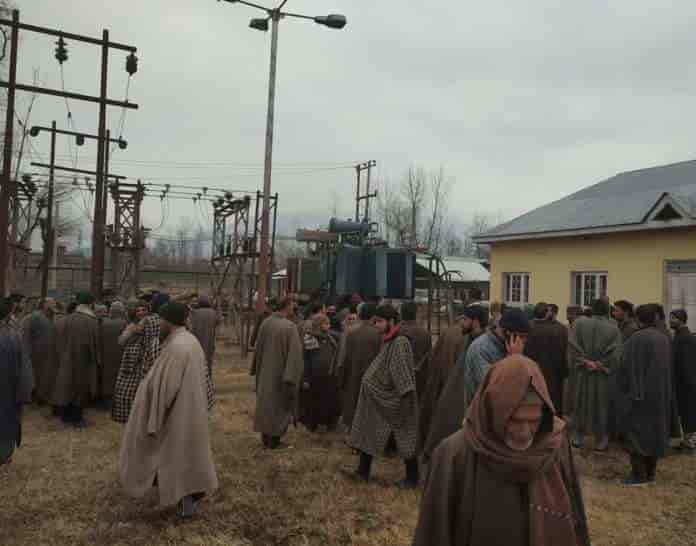 Srinagar: Scores of residents of Dadasara village in south Kashmir’s Tral Friday locked down the local power receiving station in protest against unscheduled power cuts.
Reports said that residents including women assembled around the local power receiving station and locked it down in protest.
The residents chanted slogans against the PDD department. The protesters alleged that they were getting just a few minutes of electricity during the day.
They were  also demanding & urging the concerned authorities to provide them a second lineman to their village keeping in view the area & population of the village.
The protesters were seen highly agitated about  the biased & foolish approach of the staff which is posted at the local grid station .
They appealed the authorities to replace them immediately so that they could feel a sigh of relief.
The protesters said that they want to have power supply as per the schedule which the authorities had already framed but it should be without any interference from the local staff.
Meanwhile ,the local administration including ADC  Mohd Altaf ,Executive Engineer Awantipora( Maintenance) Mohd Shafi Shah, Executive Engineer,(STD) Ferooz Ahmad ,Tehsildar Tral Mohd Maqbool,AEE Awantipora/Tral, visited the area & assured that in future the people would not witness ant unscheduled power cuts & on spot issue orders for the appointment of 2nd lineman who could fulfill the requirement of the locality. (CNS)